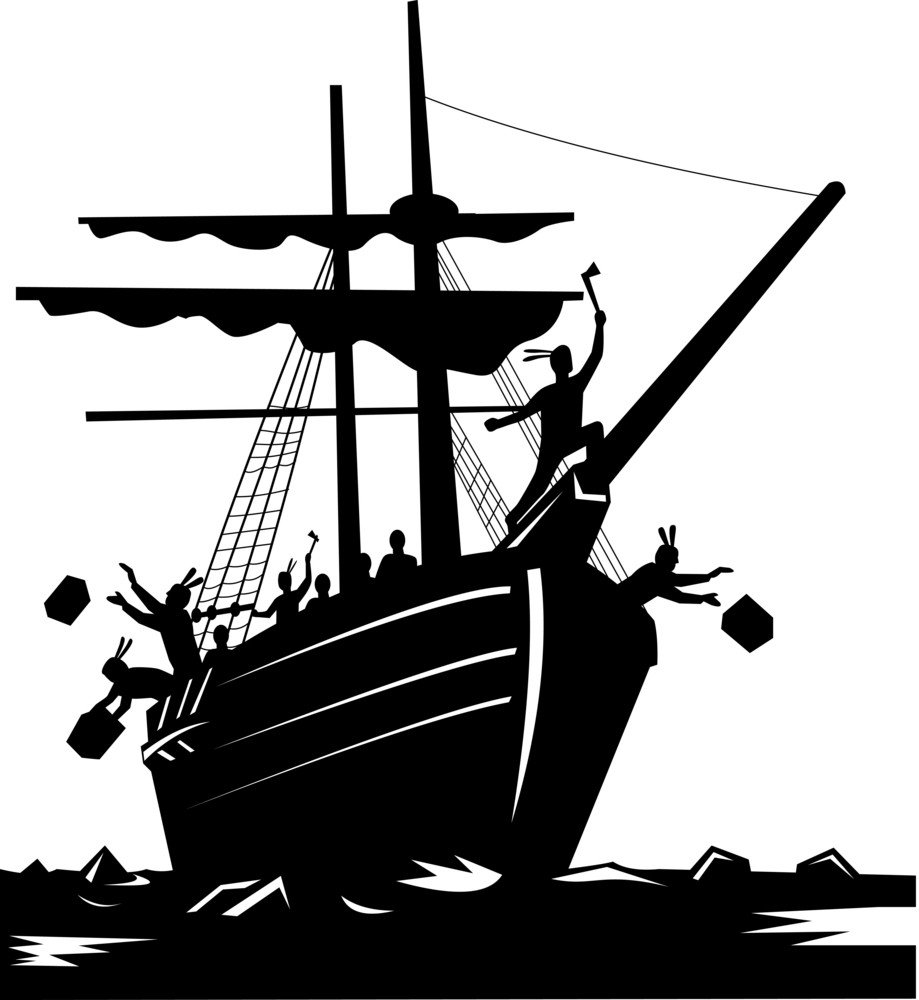 Though still a week shy of its centennial anniversary, the US Federal Reserve will hold a celebration this afternoon in Washington DC.

(They’re even live-streaming it… http://www.ustream.tv/federalreserve)

Just imagine the scene– a bunch of current and former central bankers slapping each other on the back, congratulating one another for a job well done over the last 100 years.

Of course, you and I know this is total nonsense… as is the concept of our modern monetary system in which we award total control of the money supply to a tiny central banking elite.

Human beings are fallible. We are not gods. Yet we practically deify central bankers and entrust them with the power to manipulate markets, control prices around the world, and effectively dominate the economy.

This system has proven to be foolish and destructive.

While the Fed engages in its self-aggrandizement this afternoon, there is another far more important anniversary today– the Boston Tea Party.

It was this day in 1773 that dozens of men dumped 342 chests of tea from 3 ships into the water. But what a lot of people don’t realize is that it started with bankers.

In 1771, London banker Alexander Fordyce of the banking house Neal, James, Fordyce and Down thought himself infallible too.

Fordyce had made a fortune as a speculator, and he enjoyed his opulent wealth. He held magnificent estates in Surrey, Roehampton, and Scotland, and once blew 14,000 pounds (several million dollars today) running for parliament.

There was only one problem: Fordyce began making his bets using other people’s money. And when his bet on the East India Company didn’t work out, Fordyce’s bank used customer deposits to cover their losses.

By June 1772, the bank could no longer keep up the charade. And within days their collapse caused a cascade of other bank failures as far as Edinburgh and Holland.

With a crisis unfolding, the government forced the central bank to intervene in a way that was eerily similar to the 2008 financial crisis.

And as part of the bailout, the British parliament soon passed the Tea Act– an attempt to flood the colonies with the East India Company’s stockpiles of excess tea.

The Tea Act had another purpose, though– to assert parliament’s right to tax the colonies. And this is what ultimately led to the Tea Party on December 16, 1773.

John Adams wrote in his diary that the destruction of the tea was ‘daring’ and ‘intrepid’, and that to ignore the Tea Act would be like submitting “to Egyptian taskmasters, to [burdens], Indignities, to Ignominy, Reproach and Contempt, to Desolation and Oppression, to Poverty and Servitude.”

Britain’s harsh reaction to the Tea Party further escalated tensions with the colonists, and it wasn’t long afterward that the first shots were fired.

Given the prominent role of bankers and bailouts in the American Revolution, it’s ironic that the Federal Reserve has chosen to hold its centennial celebration today.

And as they all slap each other on the back today extolling the Fed’s ‘successes’, one can only hope that the arrogance and pomposity of the current system will lead to a new revolution– this time a revolution of the monetary system and a return to the principles of sound money.