The ‘other’ big news out of Colombia 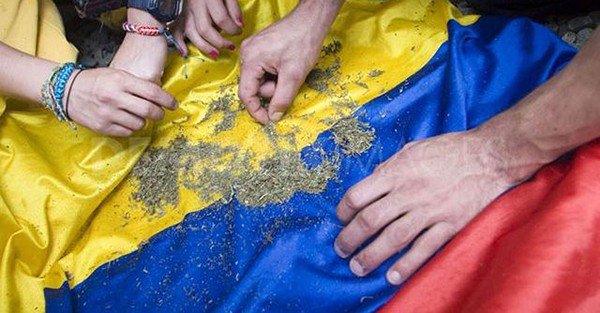 Sometimes it strikes me as bizarre that in our modern, egalitarian society, we still award prizes to women who have the most artificially contrived beauty.

Nevertheless, that is our reality.

And so the big news from this week was the SNAFU at the Miss Universe pageant in which the host accidentally awarded the crown to Miss Colombia, only to take it back moments later and give it to Miss Philippines.

For a country like Colombia where the beauty of their women is as prized a national treasure as their oil reserves, this was a major tragedy.

And Googling “Colombia” right now shows wall-to-wall headlines about the Miss Universe pageant, and who called whom a “diva bitch” over the incident.

So amid all the controversy and endless Twittering, it was easy to miss something far more important: Colombia just legalized the use, sale, and commercial export of medicinal cannabis.

In full disclosure, I am not a cannabis user. I’ve tried marijuana a few times… it just doesn’t do anything for me.

But it always struck me as odd how governments around the world led by the Land of the Free have spent a trillion dollars fighting a ‘war’ to prevent grown adults from lighting dried leaves on fire and inhaling the fumes.

Depending on the government, tobacco, alcohol, and aspartame are OK. Marijuana, human growth hormones, and raw milk are not OK.

It doesn’t really make much sense.

Colombia has finally seen past this absurdity. And in signing this decree, their government has effectively declared an end to an intensely destructive, costly, and useless war on plants.

I can only imagine this will provide a huge economic benefit for the country.

Instead of wasting money fighting a pointless war, now they’ll actually be able to generate revenue from exporting a product that consenting adults choose to consume.

Their competitive advantages in this market are substantial.

Plus, since Colombia is already one of the top flower producers in the world, all the necessary infrastructure to become a world-class cannabis producer already exists.

So Colombian firms should be able to produce a very high quality product. And given the lower cost of labor, they’ll be able to do so at a substantial profit.

What a concept– peace and prosperity instead of war and destruction.