The subprime bubble grew by $1.4 trillion in just one month [video] 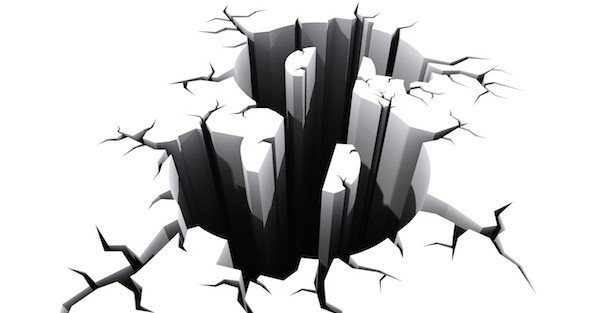 In the late 12th century while the rest of Europe was choking on feudalism, Venice was rapidly becoming the most advanced power on the continent.

At that point Venice had already created a free society where anyone, regardless of origin or class, could work hard and prosper. It was truly the America of its day.

The Venetians were very forward thinkers. They established a very crude type of limited partnership called a commenda that formed the basis for the modern corporation.

And starting in the late 1100s, the Venetian government began issuing a unique type of sovereign debt called prestiti.

Prestiti were among the earliest form of institutionalized government bonds.

And in their incredible book A History of Interest Rates, authors Sydney Homer and Richard Sylla show these Venetian government bond yields ranged between 5% and 22% for several centuries.

And over the last several centuries, government bond yields around the world typically stayed in a range between 5% and 15%.

That’s the real long-term average… the range that you could consider ‘normal’ for government bonds.

Yet today’s government bond yields are near zero. And in many respects, less than zero.

This essentially means that investors who buy these government bonds are absolutely guaranteed to lose money if they hold to maturity.

This is absolutely insane. If you’re guaranteed to lose money, a bond is no longer a safe haven. It’s not even an investment anymore. It’s just pure insanity.

Barely a month ago I told you how the total size of all the government bonds around the world with negative yields had reached an astounding $10.4 trillion.

That’s an enormous figure. But what was really alarming was how fast the number is growing.

In February 2015, less than 18-months ago, there were $3.6 trillion worth of government bonds around the world that had negative yields.

But just in the last 30 days, the worldwide total of government bonds with negative yields grew $1.4 trillion in just one month to $11.7 trillion.

That’s astonishing. $11.7 trillion is larger than the GDP of China!

We’ve seen this movie before. It was only eight years ago that the financial system was engaged in the same kind of insanity.

Banks had spent years making massive home loans at ultra-cheap interest rates to borrowers with pitiful credit, in many cases with absolutely no money down.

Well, the subprime borrowers couldn’t pay, and the banks ended up with a huge problem.

The subprime housing bubble, in fact, almost caused an all-out collapse of the financial system.

Now here’s the important part: back then, the total size of the subprime bubble was ‘only’ $1.3 trillion.

Neither borrower has the financial means to repay its debts.

Back in 2008 the banks loaned money to subprime borrowers under the false premise that ‘home prices always go up.’

Today investors buy the bonds of subprime governments based on the false premise that ‘governments always pay their debts.’

Both assumptions are completely absurd and defy even the most cursory lessons of financial history.

History, in fact, teaches us that anytime financial markets engage in such reckless, irresponsible behavior, a crisis almost invariably ensues.

Ask yourself a question: does it really make sense that woefully bankrupt countries (like Japan, with its national debt exceeding 1 QUADRILLION yen) are able to borrow money and issue bonds with negative yields?

Do we really expect that this subprime government bond bubble, whose rate of expansion is accelerating, can continue to get bigger and bigger without consequence forever?

Would you take your hard-earned savings and buy some bankrupt government bond where you’re guaranteed to lose money?

If not, then ask yourself one more question:

Whose money do you think the banks are using to buy these bonds?

Why, yours, of course.

Banks don’t use their own money to buy government bonds. They use your money.

So if you’re thinking, ‘big deal, I don’t own any of these government bonds,’ guess again. If you have money tied up in the banking system, you’re exposed.

Look, no one has a crystal ball. This bubble could continue to expand for weeks, months, or even years.

But in the face of such complete insanity, it certainly makes sense to take some basic precautions to limit the impact on your own life.

Whenever you get in your vehicle, you know there’s a bunch of crazies out on the open road.

That’s no reason to panic or live your life in fear. Instead, we take some very basic precautions. We put on a seatbelt.

It’s pretty clear there’s a bunch of crazies in the financial system as well. So put on your seatbelt.

Consider, for example, holding some physical cash instead of keeping 100% of your funds in the banking system.

There are plenty of options available to reduce this risk. Just don’t ignore this bubble… because the bigger it becomes, the more severe the consequences when it bursts.