The US Dollar Is Irrationally Strong Right Now 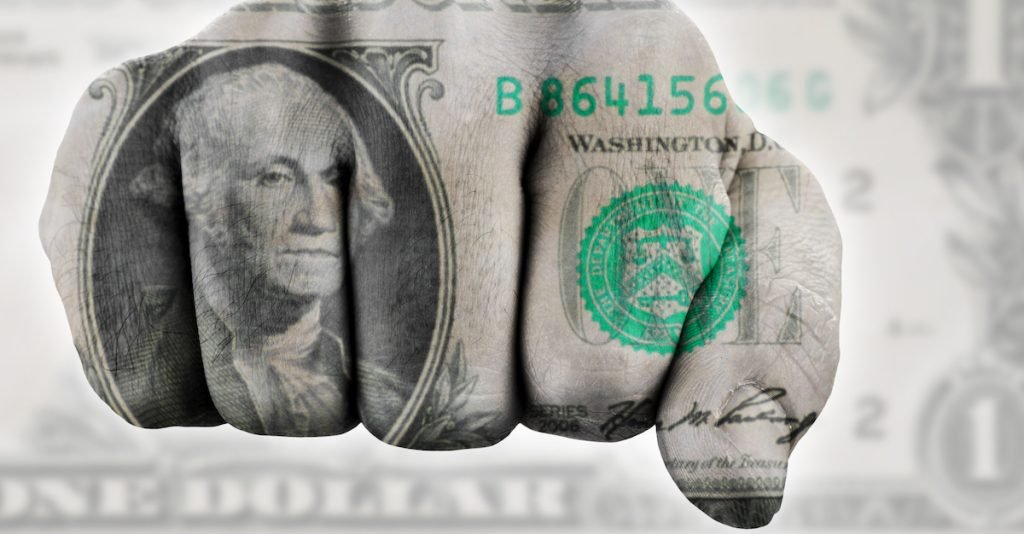 By the summer of 1497, Ferdinand and Isabella of Spain were presiding over a rapidly growing empire.

Christopher Columbus had already claimed most of the Caribbean islands on their behalf. Plus Pope Julius II had awarded virtually all of the western hemisphere to Spain in the infamous Treaty of Tordesillas.

Spain was quickly on its way to becoming a global superpower. Ferdinand and Isabella knew it, and they realized that they needed a strong currency to match their strong empire.

So on June 13, 1497, they announced a major monetary reform called the Medina del Campo, named for the site of a popular medieval banking conference at the time.

The monetary reform was sweeping; they abolished most other coins in their domain, and re-established the real as the primary currency across Spanish lands.

Over time, the 8-real coin (real de ocho) became the most popular; it was known as a “Piece of 8”, and eventually the “Spanish dollar”.

By the mid-1500s under King Charles I of Spain, the Spanish dollar had become the world’s primary reserve currency. From the Americas to Europe to Asia, global trade and commerce were quoted and often settled in Spanish dollars.

In 1704, Queen Anne of Great Britain decreed that the Spanish dollar would be legal tender in the American colonies. And in 1792, the newly independent United States passed the Coinage Act which defined the US dollar as equivalent to the Spanish dollar.

The Spanish dollar’s dominance in global finance was unparalleled. But like all reserve currencies that came before, it too lost its luster.

The Dutch guilder then began to displace the Spanish dollar in commerce and trade. And by the late 1800s, the British pound had become the world’s dominant reserve currency — matching the British Empire’s unparalleled size and economic power.

This lasted until the mid-20th century when, after World War II, the United States dollar became the world’s primary reserve currency — a status the dollar has enjoyed for decades.

Having the world’s reserve currency is an extraordinary privilege. It means that the rest of the world literally HAS to stockpile your currency.

For example, whenever a company in Peru does business with a supplier in Malaysia, that transaction is quoted and settled in US dollars. This means that the banking systems in both Peru and Malaysia HAVE to maintain substantial holdings of US dollars in order to facilitate these transactions.

This is the biggest reason why foreigners own trillions and trillions of dollars of US government bonds; bonds are the largest and most liquid financial instrument available for foreign investors who need to hold dollars.

And because of this need for foreigners to own US dollar assets, foreigners own a whopping $7.5 trillion worth of US government bonds, roughly 25% of the national debt.

This is really an enormous benefit for the US. And for an easy example, we need look no further than to the United Kingdom.

The British pound was the world’s dominant reserve currency more than a century ago. Today the UK is still a significant economy. But they no longer have the unique reserve currency advantage.

It turned out that the bond market wasn’t thrilled with the plan, so investors began dumping their British gilts and pounds.

It was a full blown panic. And soon, the central bank had to step in to bail out the bond market. The Chancellor was sacked. And the Prime Minister canceled her planned tax cut.

Essentially the British government had to capitulate to the demands of investors.

This is actually normal in countries that don’t enjoy reserve currency status. If a government wants to borrow money from the bond market, politicians have to appease investors and lay out a plan that will give everyone confidence.

But not in the United States.

Because the US issues the global reserve currency, the government can engage every ridiculous antic imaginable.

They can fail to pass a budget (multiple times) resulting in a government shutdown. They can lock down the entire economy and pay people to stay home. They can pass a multi-trillion dollar spending package and insist it “costs nothing”. They can slash interest rates to zero or engineer record high inflation.

And yet foreign investors will STILL buy US government bonds. And the dollar actually becomes STRONGER.

It’s totally insane. None of that would be possible if the US dollar weren’t the world’s reserve currency.

The curse of the reserve currency, however, is that policymakers usually believe their status will last forever. Spanish, Dutch, and British leadership never envisioned that their currencies would falter and be displaced by a rising power. And yet it happened.

The same fate awaits the US dollar.

Reserve currencies are usually displaced when economic power is in decline. Given the mountain of debt owed by the US government, the stagflation surging across the US economy, and the complete ineptitude to do anything about it, it certainly looks like that decline is taking place right now.

In general it would be foolish to think that the dollar will remain the dominant global reserve currency forever. And its displacement may take place sooner rather than later.

Once that happens, things will become a LOT more difficult for the US government. They’ll most certainly have to raise taxes. The central bank will have to print more money, sparking more inflation.

And we’ll likely see revolts of the bond market, just like what happened in the UK; just imagine the US government forced to capitulate its sovereignty to the demands of foreign lenders.

But that’s the future. For now, the dollar is still the top dog, only because it hasn’t been displaced (yet).

In fact, at the moment, the US dollar is irrationally strong.

So this may be a good time to consider the future and think about turning at least a portion of your irrationally strong dollars into another asset that can stand the test of time. 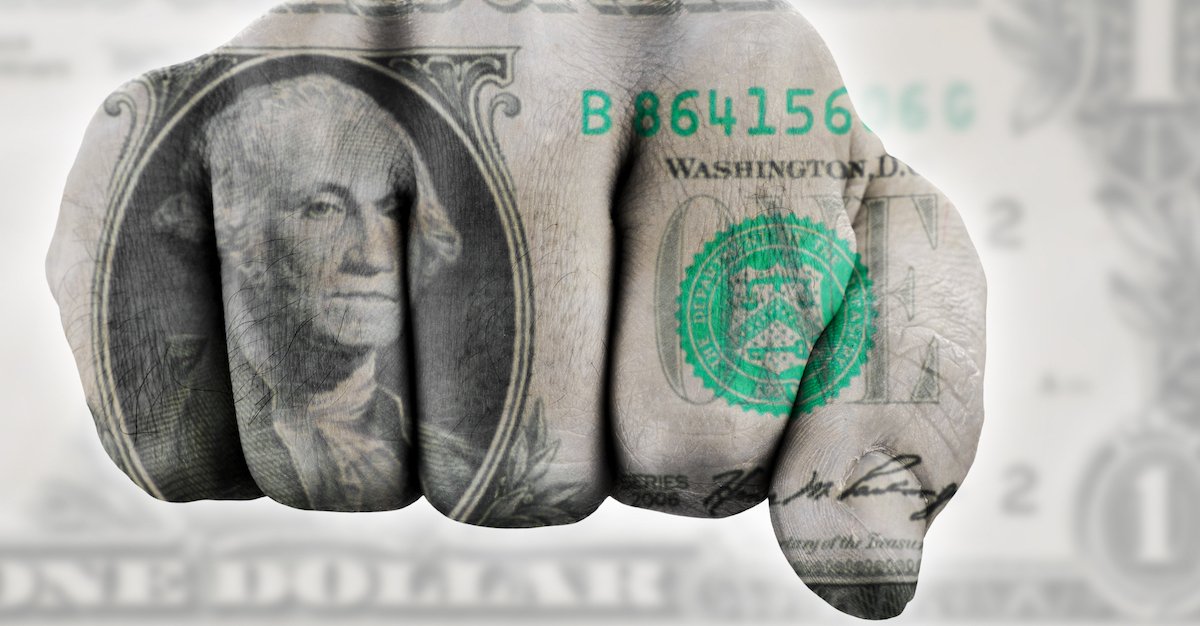