The US government quietly added $200+ billion to the debt this month alone. 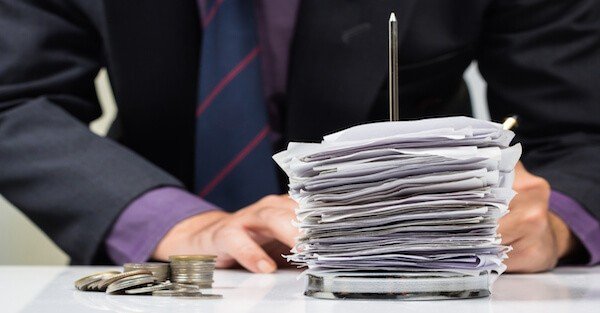 There’s been something happening this month that very few people have noticed.

It’s been lost beneath all the other headline-dominating news, from the Las Vegas shooting to Harvey Weinstein to the Mueller investigation.

But very quietly behind the scenes there’s been an extremely rapid uptick in the US national debt.

In the month of October alone, the US national debt has soared by nearly a quarter of a trillion dollars.

This is pretty astonishing given that October is supposed to be a ‘good’ month for the US Treasury Department. The tax extension deadline means that October is usually quite strong for federal tax receipts.

And it has been– taxpayers have written checks totaling $190 billion to Uncle Sam so far this month.

Yet despite being flush with tax revenue, the US government still managed to pile almost a quarter of a trillion dollars more on top of its already enormous mountain of debt.

It’s always surprising to me how a story this monumental never receives any coverage.

The government of the largest, most important economy in the world is completely, woefully bankrupt. And its rate of decline is accelerating.

You’d think this would be on the front page of every major newspaper in the world.

But it’s not. It’s shrugged off as par for the course, as if accumulating historic levels of debt is somehow consequence-free.

And this complacency is what I find the MOST bizarre.

Consider the following: the US government spends nearly the ENTIRETY of its tax revenue on Social Security, Medicare, and Interest on the Debt.

Throw in national defense spending and the budget deficit is already hundreds of billions of dollars.

And that’s before they pay for anything else within the federal government: The Internal Revenue Service. National Parks. Highways. The guys who graze your genitals with the backs of their hands at the airport.

Congress could literally cut almost everything we think of as ‘government’ and they’d still lose hundreds of billions of dollars each year.

Over the past eight decades since the end of World War II, tax rates in the United States have been all over the board.

Yet throughout it all, overall tax revenue as a percentage of GDP has barely budged.

This is how governments measure tax revenue– as a percentage of the overall economy. It’s like measuring how big a slice of the economic pie ends up in the government’s pocket.

And that figure has barely budged for decades.

The US government’s tax revenue as a percentage of GDP is almost invariably around 17%, i.e. roughly 17% of all US economic value is paid to the federal government as tax revenue.

It doesn’t matter how high (or low) tax rates are set. Tax REVENUE stays the same.

So even if they jack up tax rates back to 90%, IT STILL DOESN’T SOLVE THE PROBLEM.

This is a cost problem; the government simply spends too much money on programs it cannot afford.

The only realistic way out is for the US government to eventually capitulate… and default.

Or it could mean defaulting on promises made to citizens, like providing a strong national defense, maintaining a stable currency, or paying out Social Security benefits as advertised.

Each of these scenarios has its own particular consequences, ranging from steep inflation to a full-blown global financial crisis.

Bottom line, there is no rosy scenario here.

That’s not to say that any of this is going to happen tomorrow. Far from it. These consequences are years in the making.

But it’s imperative to start doing something about it now.

Social Security is a great example.

As we’ve discussed before, the program is already running out of money.

The Social Security Board of Trustees (which includes the US Treasury Secretary), estimates that its key trust funds will be depleted in 2034, at which point the program will be fully dependent on government tax revenue to pay monthly benefits.

But if this debt trajectory continues on its current path, by 2034 the US government will have to spend the bulk of its tax revenue paying interest.

This isn’t a problem you want to wait 17 years to acknowledge.

If Social Security ever does dry up, you won’t be able to conjure a monthly pension out of thin air.

That’s why the time to start creating your Plan B is now: it takes time to build up retirement savings.

And even if some miracle were to occur– the national debt declines, Social Security is recapitalized, etc.– you won’t be worse off having an independent source of wealth that doesn’t depend on the government.