The US ranks #36 in the world for respecting property rights. Is this freedom? 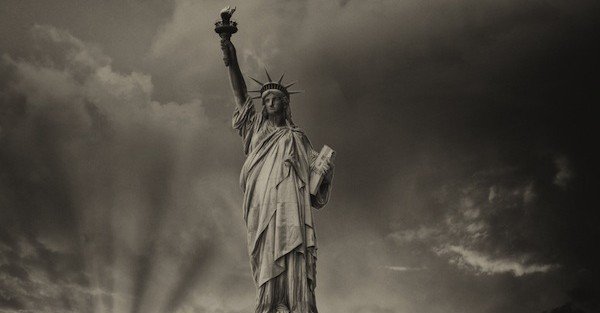 In 1863, the United States of America was in the midst of a devastating civil war.

Thousands of people had just lost their lives at Gettysburg, and Sherman was preparing for his march to the sea, laying waste to Atlanta in the process.

New York City was embroiled in the most violent riots in its history.

The southern economy was in shambles with the prices of staple food items skyrocketing, and citizens of the Union were stuck paying income taxes for the first time ever.

Much of the country had still not recovered from the Panic of 1857. And just when it seemed that things couldn’t be any more chaotic, the President would be assassinated soon.

All in all, it seemed that the whole world was on fire. This was United States in the 1860s.

And had you been born at this time amid so much chaos, death, and pessimism, most people would have thought your future prospects would be pretty dim.

But that’s not what happened. Instead, that would have been an incredible time to be born.

Rather than floundering in its rubble, the United States became the wealthiest and most powerful country in the world in the fifty years that followed.

Indeed, the latter part of the 19th century was an extraordinary time to be alive.

Economic freedom abounded in the US. There was no insane government regulation. No income tax. No gun-toting agents ready to kick in your door, shut down your lemonade stand, tell you what to put in your body, or arrest you for collecting rainwater.

Personal responsibility was valued. Everyone accepted that there was danger in the world. And it wasn’t up to the government to ‘protect’ people from every last one of them.

Yet despite so much ‘danger’, this was one of the greatest periods of wealth creation in history, simply because people were free to make things happen.

People were free to enter, compete, and make choices in the market. Their freedom and property rights were protected by a clear rule of law.

However, just 50-years later, this positive trajectory was cut short with the establishment of the Federal Reserve.

It was a remarkable turn of events.

In 1863 the Emancipation Proclamation freed the slaves. Five decades later the Federal Reserve Act placed an entire population under the control of a banking cartel.

The 100 years that followed through today have simply been about tightening the chains and leading the country down a path of gradual decline.

At first, the decline was subtle. The US remained prosperous and relatively free throughout the twentieth century.

According to the newest Frasier Institute’s Economic Freedom of the World Index (released yesterday), the US ranked as one of the world’s freest economies from 1980 through 2000.

Since then the decline has hastened.

The US dramatically slipped to 9th in 2005 and its decline has continued ever since, to the point where the United States is now rated less economically free than Jordan.

This is no accident.

The mushroom cloud expansion of regulation has stifled small business and innovation.

Even more significantly, property rights and respect for rule of law that once defined the country have eroded.

From an alarming increase in government seizure of private property under the guise of eminent domain, to blatant disregard for the property rights of bondholders during bailouts, the US has plunged to #36 in the world in respecting property rights.

The decline of economic freedom in the US has destroyed opportunities, growth, and wealth creation along with it.