These guys are destroying Uber. Yet few westerners have ever heard of them. 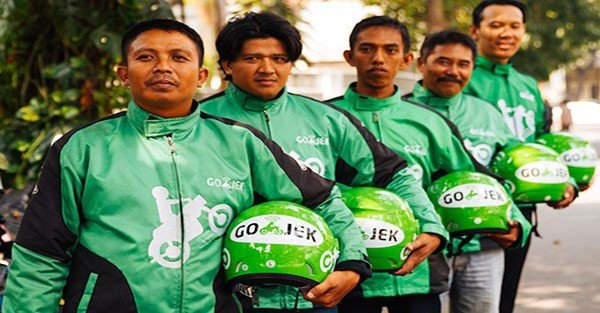 Being a good host, he was fixing us vodka martinis, when he realized he ran out of olives.

Both of his drivers had finished for the day so I was expecting him to compromise on the olives.

He loaded up a mobile phone app and ordered a jar of olives.

Fifteen minutes later there was a knock on the door and a guy was there with a jar of olives… at the regular retail price, with zero additional charge for delivery.

Later that evening we went out to a bar and needed transportation.

Again, Tony jumped on his app, and within seconds we had an awaiting vehicle outside his house.

In the downstairs office of his house, I noticed a massage table and asked his wife about it. “We occasionally order a massage from time to time from the app. It costs almost nothing.”

By “almost nothing” she meant $7 an hour for a professional massage – in your home.

The app is called “Go-Jek”, and it offers everything you could want: car, motor bike (faster in Jakarta traffic, and even cheaper), food delivery, shopping, tickets, payments (and electronic wallet), manicure and beauty treatment, pharmaceuticals, cleaning services, auto repair services and more.

Out on the street, about a third of the bikes wear the green livery of Go-Jek. Occasionally you’ll see an Uber as well.

Seeing this buzz on the ground is precisely why we travel around the world looking for business opportunities to invest in.

You can’t get a sense of a country from Google or from CNN.

Being on the ground opens your eyes to the lightning-fast change that occurs when a developing country adapts new technology.

And in the rare instance when a business is actually able to make a significant and lasting impact in a major developed market like the US, the company’s valuation will be insane.

Snapchat is expected to IPO at around $20 billion later this week.

AirBnB is still private and raised money several months ago at a $30 billion valuation.

Uber is currently worth nearly $70 billion.

(All of those companies lose money, by the way…)

Indonesia’s Go-Jek, meanwhile, raised capital last year at a pre-money valuation of $750 million, 98% less than what Uber is worth.

The reason for this massive disparity is simple: many investors can’t be bothered to look beyond their own backyards.
It’s as if anything worth investing in is exclusively in the United States.

This classic herd mentality means that there’s too much money chasing around too few opportunities.

As a result, investors buy over-valued stocks, bonds that yield nothing, or private companies that are worth tens of billions of dollars despite racking up massive losses.

The rest of the world has the opposite problem: there are too many great businesses and not enough capital.

Some of the biggest, most exciting markets in the world are totally overlooked by the investing public.

Go-Jek is a great example; only a handful of foreign funds have invested, and most people have never heard of it.

I’ve been finding amazing companies here which are already profitable. And yet, they can’t raise capital to fund their expansion.

And Indonesia is far from alone.

We’re looking at investments in Eastern Europe, South America and Asia which most funds can’t touch because they are too small and not in America — no matter how profitable they are, and how compelling their potential.

I was in Georgia recently (the country, not the state) and was shocked at how many profitable companies were in need of capital.

(Special note to Total Access and SMPI members: we’ve completed due diligence on our next deal in Georgia and will have the report to you soon, followed by my findings in Indonesia. Stay tuned.)

Bottom line, the world is a big place and there are compelling opportunities everywhere… as long as you have the intellectual independence to look beyond your own borders.

Peter Keusgen, a former McKinsey consultant and securities analyst, finds and analyzes private investment opportunities that aren’t even on the radar of mainstream investors.

He spends his time between Asia, South America, Europe, and his native Australia meeting with highly motivated and exciting entrepreneurs.
PrevPrevious article
Next articleNext