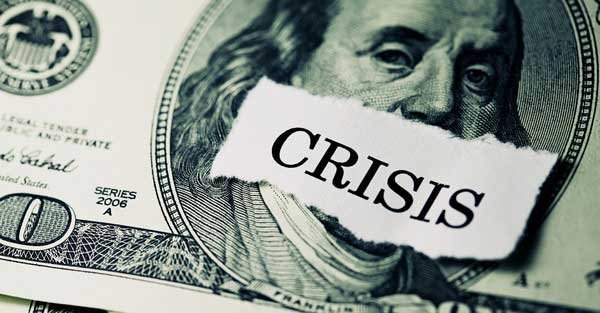 “I must study politics and war that my sons have the liberty to study mathematics and philosophy. . . in order to give their children a right to study painting, poetry, music, architecture, statuary, tapestry and porcelain.”

(… to which I would add, “so that their children can hide from the world in their safe spaces.”)

There may be no other quote that so succinctly surmises the rise and fall of empire.

In the early days, people had no illusions about the hard work and dedication required to create a civilization out of nothing.

Yet as a country approaches the zenith of its wealth, the mentality begins to shift.

People become less focused on production and more on consumption… enjoying the benefits of all that hard work.

Towards the end, there’s hardly anyone left alive who can even remember the days that the nation had to work hard and produce.

All anyone has ever known now is consumption… being the ‘richest country in the world’, and enjoying all the benefits that come along with that title.

This is why there’s so much debt.

Wealthy nations have become so accustomed to their lifestyles that, rather than buckle down, work hard, and produce more to keep the good times going, they’d rather simply borrow from future prosperity to pay for consumption today.

In fact, in its semi-annual Global Financial Stability Report released just a few days ago, the International Monetary Fund tells us that overall global debt is at an all-time high, now at over 225% of total world GDP.

Rich countries are leading the way with average debt at an even higher 277% of GDP, a level that makes it “difficult to grow out of the problem.”

Reasons like, “because we owe it to ourselves,” or “because we can print our own money…” abound.

People have been spouting this illogic for years to the point that it has become dangerously axiomatic through sheer volume of repetition.

If you say something enough, it eventually becomes true… no matter how wrong it happens to be.

The reality is that debt is incredibly dangerous. Even the ancients understood this.

Much of early theology and human civilization, from the Hebrews to the Romans, focuses on debt repayment and jubilee.

Even the concept of karma in Buddhism and Hinduism is about maintaining a positive moral balance sheet.

Debt is a killer. And the reason why is precisely because one person’s debt is simultaneously someone else’s asset.

To the mortgage company that receives the interest payment each month, however, that $1 million loan is their asset.

Here’s the problem: The laws of the financial universe can be bent… but they cannot be broken.

So whenever debt levels grow too large, especially when debt is being squandered on consumption and growing at a far faster rate than the economy itself, then there must be a default.

Yet a default itself is not necessarily a bad thing.

In a default, there’s supposed to be an orderly liquidation process in which a delinquent borrower’s assets are sold off and redistributed to the lenders.

But that doesn’t always happen.

When lenders are smart, they make loans backed by high quality collateral.

Think about what a typical home loan is supposed to be: the borrower puts down 20% of the purchase price as a down payment, and the bank loans the remaining 80%.

This means that the bank’s investment is backed by a house (collateral) which is worth 25% more than the initial principal balance of the loan.

This way the bank has an ample margin of safety to recoup its investment in the event that the borrower defaults.

But what happens when the collateral is worthless? Or when there’s no collateral at all other than some delusion about how great the borrower is?

That’s when the entire system runs into major problems.

They were offering borrowers 105% financing, more money than the homes were worth.

By 2008 bank balance sheets were stuffed full of non-performing loans where the buyers had stopped paying… yet the collateral was worth far LESS than the loan balances.

Poof. Nearly everyone took a bath, and trillions of dollars of wealth was lost in the crisis.

So the real danger isn’t the amount of debt itself, but whether or not there’s any collateral or high-quality assets backing the debt.

Looking at the record $152 trillion in global debt, it’s clear that much of this is backed by nothing but the false promises of once-wealthy nations.

Western governments have spent years increasing their debts, but instead of wisely investing the proceeds in assets for the future, they’ve squandered most of it on war, waste, and consumption.

So when the inevitable occurs and there’s a default, bondholders have almost no collateral to recoup their losses. Trillions of dollars of wealth will be lost.

It’s often considered crazy and treasonous to even imagine a default.

Yet to deny the possibility requires a belief that wealthy nations can continue increasing their debts until the end of time without consequence.

And that may be the craziest idea of all.