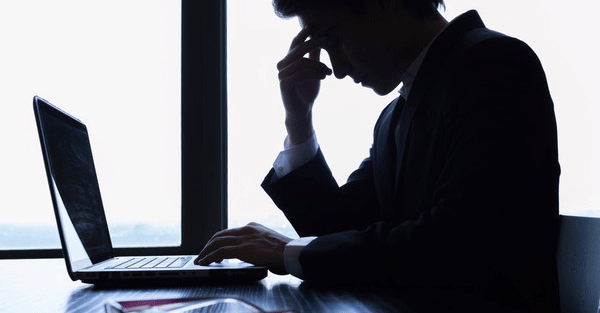 By all accounts Bernhard Gubser was living the American Dream.

Born in Switzerland he moved to the Land of the Free in the early 1980s to work at an international shipping company based in Laredo, Texas.

Eventually Mr. Gubser worked his way up to be President of the company and began traveling around the world to expand the business.

He became a naturalized citizen of the United States in the 1990s, something that would eventually cost him $1.35 million.

As a Swiss native, Gubser had a Swiss bank account. And as he was routinely spending a lot of time in Switzerland for business, and he felt that he might one day retire there, he kept the account open.

But the federal government has a rule: US taxpayers must disclose their foreign bank accounts each year to the Treasury Department.

Up until a few years ago, few people knew about this rule.

It wasn’t until around 2010, when the US government finally realized they were flat broke, that they started making a big deal about offshore reporting requirements and penalizing people with undisclosed accounts.

Gubser maintains that as soon as he found out about the requirements, just like most people, he immediately began to file the offshore disclosures.

The federal government took a different view, dinging him with a penalty of $1.35 million, roughly half of his life’s savings.

As they say, of course, ignorance of the law is not an excuse.

And Gubser is paying a $1.35 million penalty because he didn’t know.

Neither did Tim Geithner, as it turned out. Several years ago the former Secretary of the Treasury was found to have “accidentally” underpaid his taxes.

In this case, ignorance of the law was a perfectly valid excuse. Geithner was only required to pay back what he owed without additional consequence.

Hillary Clinton has been in the spotlight for having removed official, confidential, and classified documents from the State Department to her personal email server while she was Secretary of State.

She claims she didn’t know.

The President of the United States has closed ranks around her insisting that it was an honest mistake and that no crime was committed.

Funny thing, as anyone who’s ever held a security clearance in the Land of the Free knows, before being allowed access to confidential documents you sign a non-disclosure agreement known as the SF312.

I’ll never forget my own experience with the SF312 when I received a Top Secret clearance in the military. It was pretty sobering.

In the intelligence world, people joke that the SF312 is when you ‘sign your life away’, because the entire document threatens you with all kinds of penalties and imprisonment for mishandling of classified information.

Among the many federal laws governing classified information, Section 793(f) of the US criminal code criminalizes gross negligence resulting in the mishandling documents.

So whether or not Ms. Clinton ‘intended’ to violate the law is irrelevant.

And if it were anyone else who unwittingly spent months or even years mishandling classified information, we would be turning big rocks into little rocks wearing Dayglo orange jumpsuits.

I’m not trying to single out Hillary Clinton. The larger point is that the rules don’t apply for the political establishment

Yet for everyone else, they ruin people’s lives for the most mundane, victimless violations of obscure rules.

And every day they create more and more rules.

Just this morning the US federal government published 423 pages of new rules, regulations, and proposals.

It makes me want to vomit when I think about how quickly they churn out regulations that squash individual liberty… yet still maintain that ignorance of the law is not an excuse.

It’s not radical to be repulsed by this double standard.

It’s not conspiratorial to look at objective data and recognize how personal freedom is in such obvious decline.

It’s not negative or pessimistic to be truly honest with yourself and ask, ‘is this really the country I remember from years ago?’

And it’s not unpatriotic to take simple, legitimate steps to reclaim your freedom and long-term prosperity from this obvious trend.

PS. There’s one thing that’s inspiring about this story. Bernhard Gubser isn’t taking this lying down. He’s fighting back and suing the federal government. The results of this case may provide a landmark precedent in how the government is able to come after taxpayers.

I’ll have more on this very soon.