This failure rate will shock you 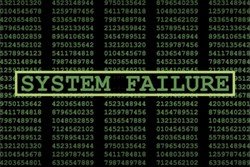 On August 19th, 43 BC, 2056 years ago to the day, a twenty year old soldier born Gaius Octavius Thurinus assumed control of the most powerful civilization on the planet.

Standing in front of his Army that he had just marched into Rome, Gaius forced the Senate to ‘elect’ him to the highest political office in the land at the time.

And once in power, he never let go.

From August 19, 43 BC until his death (which coincidentally was also on August 19th) in 14 AD, Gaius deftly increased his authority until he wielded total control over Rome.

Of course, Gaius ultimately became known as Augustus, the first emperor of the Roman Empire. So one could argue this was the day the Republic ‘officially’ died and was replaced with a succession of incompetent megalomaniacs.

This includes an infamous cast of characters, from the morally depraved Caligula to the certifiably insane Nero, to the tax-mongering Vespasian, to the oppressive tyrant Domitian.

This is such a familiar story. Empires throughout history have always gone through this life cycle of rise, peak, decline, and collapse. Rome. Egypt. The Habsburg Empire. The Ottoman Empire.

More importantly, in almost every instance, there’s always been a tiny elite who thinks they should control the entire system.

Yet history is very clear: societies that organize themselves in this way suffer a 100% failure rate, without exception.

Curiously, these same mistakes are repeated over and over again.

For example, four men control over 70% of the world’s money supply in our modern central banking system. They have the power to conjure unlimited quantities of currency out of thin air in their sole discretion.

Meanwhile, the “richest” countries in the world (US, Europe, Japan, etc.) are so deeply in debt that they have to borrow money just to pay interest on the money they’ve already borrowed.

This isn’t rocket science. Predicting the end of this system is not attention-seeking sensationalism; it’s just common sense.

During the housing boom just a few years ago, everyone thought that home prices would go up forever.

Then suddenly it all crashed. And afterwards, everyone said, “Duh, it doesn’t make sense to loan millions of dollars to dead people.”

This too will seem obvious in hindsight.

And even the staunchest advocates of the system (like Paul Krugman) will look back and say, “Sure, I knew that would happen. Obviously you can’t spend and print that kind of money without consequence.”

Meanwhile, the controlling elite will keep careening towards its historical destiny.

That’s because today’s system shares similar fundamentals as nearly every other case of failed empire. And it’s foolish to think that this time will be any different.