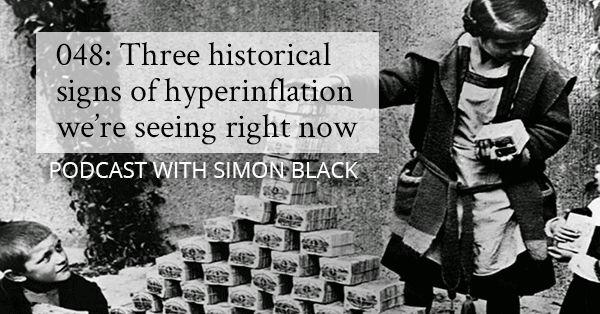 To give you an example, I’ve been to Paris at least 50 times yet I’ve never been to the Eiffel tower.

The prospect of standing in line to look at stuff doesn’t thrill me in the slightest– least of all when that stuff happens to be the monuments of destructive monarchs.

Here in Versailles (which I’m visiting at the request of my parents) is an epically grand palace that remains one of the top tourist attractions in the world.

It’s one of the finest reminders of the largesse and stupidity of empires.

This colossally expensive, and self-centered palace was all for the benefit of one guy (Louis XIV) at the expense of everyone else.

And it’s this kind of largesse that ultimately bankrupted France.

It took time, but by the late 1700s France was completely broke and was borrowing money just to pay interest on the money they’d already borrowed.

In 1789, starving French peasants famously revolted and ousted the king. But as they soon discovered, revolution didn’t make their fiscal problems go away.

And so, the newly empowered National Assembly came up with a bold solution. They decided to print money.

The first batch was in April 1790 at 400 million units– a sum that was considered astronomical at the time.

And they promised that was all the money they would ever print.

By 1795 they had printed some 35 billion units; almost a hundred times as much as they had originally promised.

(That number was so large at the time that they didn’t even have a word for ‘billion’; they just called it 35 thousand million.)

As you can imagine, this ultimately resulted in hyperinflation and the complete loss of confidence in the currency.

One of the greatest books ever written on the topic is Andrew Dickson White’s “Fiat Money Inflation in France”, originally written in 1876.

White wrote the book in hopes of convincing policy makers in the United States to avoid making the same mistakes.

Needless to say, they didn’t listen. And here we are more than a century later in the midst of one of the greatest financial bubbles in history.

I’ve read it several times, from which I’ve come away with three key lessons that I’d like to explore with you today.

1) It is the people themselves who ask for the instrument of their own demise. They cheer when their policymakers conjure something from nothing and make phony promises.

2) Yet even with all the central planning in the world, and the tightest capital controls, price controls, and information controls, you still can’t prevent the collapse of an unsustainable financial system.

3) Lastly, even when paper currencies are doomed to fail, they always go through periods of strength.

French paper currency in the late 1700s went through periods where it actually increased in value.

In 1792, for example, the currency surged 20% after the French army scored a major victory.

It was exactly the sort of thing to make politicians say, “See! Paper currency is a great idea.”

And yet it still failed, just as every experiment with paper currency always has.

The French episode highlights each of these lessons, and we’re seeing each of the same things unfolding today.

Listen in to today’s podcast as we explore each of these three lessons, as well as the solutions.

If you think the dollar is ‘strong’, you really need to understand this.

More importantly, we’ll talk solutions. Because the solutions today are the same as they were three centuries ago: get your money out of a bankrupt system.

The good news is that it’s easier than ever to do this.