This is the way they’ll ‘nationalize’ gold 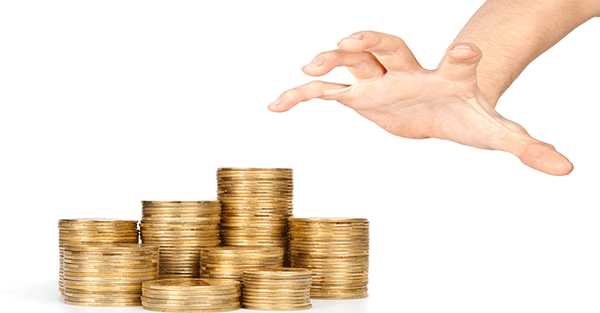 It was just last week in the Land of the Free that a Federal judge declared Bitcoin to be a currency.

And almost immediately after, the SEC announced ‘investigations’ into the digital currency.

(You remember the SEC, the guys who are tasked with protecting the public from dodgy investments… yet they routinely give their blessing to the likes of Madoff, Enron, toxic mortgage bonds, etc.)

This seems to have started a chain reaction.

Yesterday the German government took formal steps to recognize Bitcoin as form of ‘private money’, and subsequently rolled out steps to tax it.

TRUTH: These moves have nothing to do with consumer protection. Or raising tax revenue, for that matter.

What they’re really trying to do is send a clear message– if you use Bitcoin, there will be consequences.

This isn’t even really about Bitcoin. The big picture issue is that governments are scared to death of currency alternatives catching fire.

With so much debt and monetary stress in the global economy, it’s becoming increasingly clear by the day that the current fiat experiment is in serious trouble.

The only reason it still works is because (a) people continue to have confidence in the system, and (b) there really is no mainstream alternative to holding paper currency.

This last fact is paramount. If a viable currency alternative were introduced that became mainstream and popular, governments would no longer be able to perpetrate the fraudulent monetary system. The game would be up.

Consequently, they have a huge incentive to stomp out any currency alternative at the first sign of going mainstream.

Bitcoin is one such currency alternative that has started to creep into the mainstream press. As such, Western governments are now working diligently to eliminate its appeal as quickly as possible.

I expect they’ll use similar tactics down the road with precious metals.

Though the market for gold is so much larger, it is still widely viewed by the majority of investors as a ‘commodity’, not money… and certainly not a currency alternative.

But this is starting to change.

Right now we’re in an accumulation and education phase. As more people begin losing confidence in the system, the benefits of holding physical gold instead of paper are becoming more clear to the public.

Meanwhile, people are starting to accumulate their first, small positions in gold and silver.

Eventually, though, as the unwinding of this central banking fiat system accelerates, we’ll hit another phase in which precious metals become a medium of exchange.

I’ve seen this already in a number of countries around the world, particularly in Asia. People trade gold for land, silver for food, etc.

But the concept will become more mainstream in the West, and we’ll see a number of signs.

For example, all the “we BUY gold” stores will start advertising “we SELL gold”. Gold and silver will be written into summer blockbuster films. Certain consumer goods will be quoted in grams or miligrams of gold.

It’s at this point that the concept of precious metals as a currency alternative will enter the cultural psyche.

And you can be sure that governments will use these exact same tactics to eliminate this threat… because there’s really no limit to how far they’ll go to protect their fraud and keep the party going just a little bit longer.

They’ll ‘investigate’ gold, if such a thing is even possible. Uncle Sam will sick the SEC and IRS on gold, claiming tax evasion, terrorist financing, and investment fraud.

And they’ll make a big fuss about gold-related taxes, going so far as to declare massive windfall profits taxes, or even imposing a ‘precious metals wealth tax’ that penalizes anyone holding gold.

This is one of the strongest reasons to hold gold overseas, locked away in a stable jurisdiction out of their control. And when set up properly, such holdings are completely private and non-reportable. More on this in a future letter.