This is truly a wide-open multi-billion dollar opportunity 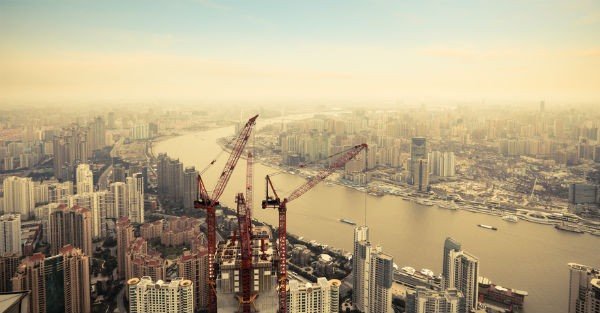 When I landed at Addis Ababa airport in Ethiopia again last month, the first thing that struck me was how much everything was… Chinese.

Far and away, most of the passengers at the airport arriving from various destinations were Chinese. Many of the signs were in Chinese. There were even some Mandarin-speaking hotel operators standing by to assist travelers.

Granted, Chinese investment plays a very dominant role in Africa, and those countries are adapting.

But more importantly, it’s a sign of the times. China’s growing influence cannot be ignored.

Years back I remember the first time I came across the stereotypical busload of Chinese tourists.

It was in Paris, and I was somewhere near the obelisk, when a bus pulled up and out popped a Chinese tour guide leading the charge with a flag and loud speaker, and closely followed by a stream of very conspicuous tourists.

They bustled past me with their matching yellow hats and cameras in ready position to make their way to where the guide pointed out as a good place to take their pictures. Shuffling around each other, taking turns with the photo-op, they were as oblivious about their surroundings as could be.

Then, no more than five minutes later they were back on the bus and off again.

This was just how Chinese tourists were. They were known for coming in by the busload, clinging to the group, and eating at Chinese restaurants rather than local ones.

If it weren’t for their compulsory picture with each monument, it was almost as if they weren’t really there in the country.

But, I’ve noticed that I rarely see that anymore.

Now I’m seeing Chinese travelers in pairs or with their families. I’ve come across them in places I wouldn’t have expected, like Nairobi and Riga, and they are wandering around exploring on their own like most tourists.

In 2013, the number of outbound Chinese tourists rose to 98.13 million, which is more than 150% the number of American tourists. It’s expected to exceed 100 million this year.

Remember, this figure is despite lower average incomes and the fact that Chinese need visas to go pretty much anywhere except small island nations such as Palau and Vanuatu. So their desire to travel is undoubtedly fierce.

However, what’s amazing is not so much the rise of Chinese outbound tourism itself, because that was to be expected as the country became more open to the world and living standards improved.

What I find remarkable are the people positioning themselves to take advantage of this huge new market.

You don’t see it as much in the US and Europe, perhaps from stubbornness or some false sense of superiority. But elsewhere people are rapidly adjusting to accommodate the needs of this new wave of customers.

Even as far back as 2003, I recall visiting Cairo with a Chinese friend of mine and Egyptian shopkeepers calling out to him from tiny shops in the bazaar in Mandarin.

And it’s not just that they knew how to say “ni hao”, but they could actually bargain in Mandarin. And bargain hard. My friend was stunned.

These shopkeepers didn’t have to major in Chinese, or even business for that matter, but they knew an opportunity when they saw it, and positioned themselves to take advantage of it.

They didn’t complain that the market is changing so they need government funding to re-train them. They just did it.

That was over ten years ago. Chinese tourism has grown nearly 400% since, and is just starting to pick up speed.

As of 2012, the overseas consumption of Chinese travelers has reached a record $102 billion and Chinese have thus overtook the Germans to become the world’s biggest spending tourists.

This is a massive trend that few people are really paying attention to. Those that do and focus their business on catering the Chinese traveler are going to make an extraordinary amount of money.