This place was designed to do business 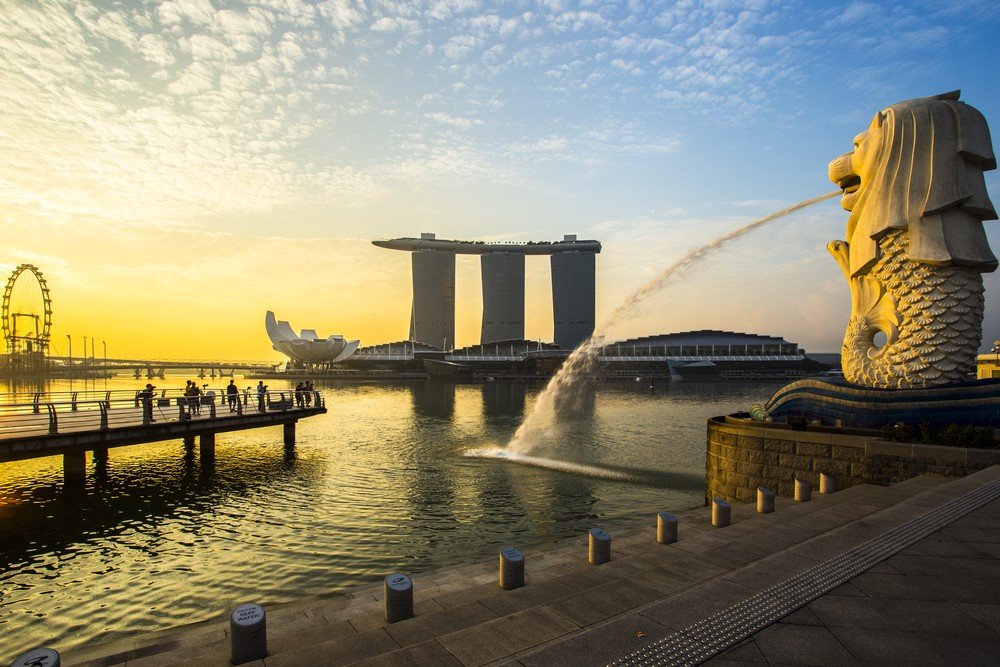 I’m here today with about 100 special guests who have flown in to Singapore from all corners of the world for an intensive 2-day offshore tactics workshop.

Singapore is a great place to hold such an event as it’s easily one of the most financially stable jurisdictions on the planet.

Think about it– the government here has ZERO net debt. They run generous budget surpluses each year. In fact, they’re awash with so much money that they have to find creative ways to give it back to taxpayers.

And speaking of taxes, Singapore has one of the lowest tax regimes of any developed country at just 14%. (By way of comparison, it’s roughly twice that figure in the US, and over thrice that figure in Western Europe…)

They’ve created conditions to attract foreigners, foreign business, and foreign capital from all over the world. And at the same time, they’ve created an environment where residents get to keep the vast majority of what they earn.

The banking system here is also a major plus; Singaporean banks are incredibly liquid, maintaining plentiful cash reserves as a percentage of customer deposits.

If you look objectively at the numbers, it makes all the sense in the world to move a portion of your savings to a place like this. Zero net debt. Minimal tax burden. Strong, liquid, well-capitalized banks.

By comparison, most western developed countries are drowning in debt, and their banks are thinly capitalized.

There are consequences to keeping your money in a banking system with such dismal fundamentals. Just ask anyone in Cyprus who had their bank accounts confiscated earlier this year…

Yet for many people, the idea of moving some funds overseas to a safe, stable place is ‘unpatriotic’. This is patently ludicrous.

Do we really owe it to our fellow citizens to keep our savings chained to a dangerously undercapitalized banking system? Or captivate our funds in a rapidly devaluing currency?

Any such sentiment is sadly misguided. Our first priorities are to our families… not some loudmouth politician who thinks he should be able to tell you what you can/cannot do with your own money.

The woes of most western developed nations have far passed the point of no return. They’re so deep in debt, they’re practically all borrowing money just to pay interest on the money they’ve already borrowed.

And nearly every day, they make the problem worse with even more destructive, debilitating regulations.

As I reported recently, the IMF is now openly encouraging the idea of a 10% “one off” wealth tax… suggesting that governments ought to just levy a portion of people’s bank accounts.

Some people may think it’s our patriotic duty to lay down in traffic for these criminally incompetent politicians. Never mind that they have an unblemished track record of war, deceit, and wasting other people’s money.

Yet many still believe that if we all ‘share’ in the sacrifice, then everything will improve.

Quite the opposite. The more they do, the more laws they pass, the more initiatives they launch, the worse it gets.

Placing any trust and confidence in these people to fix things is seriously dangerous… and hazardous to your family’s financial health.

The only solutions are the ones where you can rely on yourself. It’s up to each of us to take care of ourselves, and the people within our own circles.

Moving a portion of your savings overseas may be a step in this process.

If nothing ‘bad’ happens, you won’t be worse off for having some funds in a strong, stable bank overseas. But if these bankrupt governments decide to follow the IMF’s advice and start grabbing people’s accounts, you’ll be seriously glad you had the foresight to move some money abroad.