Three lessons from safari in Zimbabwe 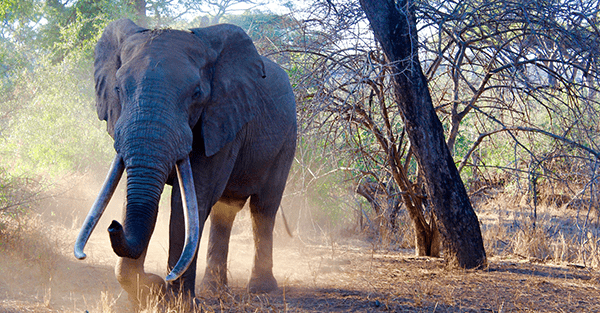 There’s nothing quite like watching animals in the wild.

I’ve spent the past four days at an enormous game reserve in Zimbabwe with a guide who would put Bear Grylls to shame.

(Ironically, guides in Zimbabwe are the most highly qualified and well-respected in Africa– they undergo more years of rigorous training and apprenticeship than most doctors in the West.)

Whenever I come out here and watch wild animals in their natural habitat, I learn so much about our own species. Here are a few examples:

First, wildebeests have the worst herd mentality imaginable. No matter what, they’ll follow each other, even if it’s into certain death.

Like the mythical lemmings who follow each other off a cliff, a group of wildebeests will continue crossing a river in a single file line even if the one right in front of them has just been eaten by a crocodile.

Funny enough, the technical term for a group of wildebeests is a ‘confusion’, as in “Look at that confusion of wildebeests get eaten by the same crocodile!”

Then there are the baboons, a highly corrupt species that tends to congregate in large tribes.

The chief of a baboon clan expects his subordinates to do favors for him and bring him special gifts.

The cronies who please him the most are promoted higher up in the tribe and rewarded with special mating privileges… sort of like our system of government.

Then there’s the kudu, a type of antelope whose males have long, spiraled horns.

And they’re also incredibly aggressive with one another.

When male kudus fight, they lock horns… and once locked, they’re stuck. They can’t unlock their horns. So typically they just starve to death from their own aggression.

It’s amazing to see so many of the same traits in animals that our own species displays– self-destructive aggression, corruption, herd mentality.

But the one thing that I find most impressive is how animals detect and deal with risk.

Then, all of a sudden, they notice something. Perhaps a peculiar smell, a noise… something that just feels wrong.

Oftentimes they’re right, and there’s a predator lurking nearby just waiting to slaughter one of the animals who’s not paying attention.

The ones who pay attention to their instincts and take action are the ones who survive, and pass on their acute sense of danger to the next generation.

We humans have that same ability.

We might not be hanging around any watering holes anymore, but our species possesses a highly refined sense of danger that was passed down from our primal ancestors.

These instincts may have been tugging at you for a long time.

You may have been feeling for a while that something is seriously, seriously wrong. You can sense the danger around you.

The problem with our species, however, is that we have too many bad influences that compel us to ignore our instincts.

We are bombarded with ‘experts’, politicians, and entire media establishments who tell us that our instincts are wrong, and that everything is fine.

Just like animals in the wild, however, this is a dangerous approach.

We have instincts for a reason, and when they tell us that there’s danger ahead, or that there’s something seriously wrong, it makes sense to listen to them… for our own sake, and for that of our loved ones.

That is the fundamental advantage to our species.

Sure, opposable thumbs are great. But it is ultimately our ability to pass on what we have accumulated to future generations that has propelled humankind this far.

Wild animals aren’t able to learn, create, and grow… and then pass down their legacy to the next generation.

To this day we enjoy the benefits of thousands of years of accumulated knowledge, wealth, and resources.

And it works the same within our own families; we’re able to pass on everything we build and create in life to the next generation.

This raises an incredibly important question: when our instincts are telling us that something is wrong, why take the chance? Why put everything in jeopardy?

It’s 2016. We have limitless solutions to mitigate the dangers that we’re sensing in ways that make sense no matter what happens next.

For example, if you find yourself living in the most litigious society that’s ever existed in the history of the world, does it really make sense to keep everything you’ve ever earned or hope to earn in that jurisdiction?

With a few simple steps, you can legally set aside a rainy day fund that’s practically bulletproof against frivolous creditors, a vindictive ex, or much worse.

It’s also a structure that you could use to generate extra income.

So even if you never get sued, you’re still making more money.

Similarly, if your banking system is conspicuously undercapitalized, plays underhanded accounting tricks, or is implementing negative interest rates, why keep all of your money there?

Think about it– as a depositor, you are nothing more than an unsecured creditor of an institution that never misses an opportunity to screw its customers.

Not to mention you can be frozen out of your life’s savings with a phone call or mouse click by dozens of government agencies.

You could easily eliminate this risk by holding some physical cash, or moving some funds to a safe, credible, well-capitalized banking system overseas.

There’s practically zero cost to doing this. And you might even be able to generate substantially higher interest.

So if your instincts are right, your legacy will be protected.

But even if nothing bad ever happens, you can still derive tremendous benefit, and even extra income, at minimal cost.