Three reasons why the banking system is rigged against you 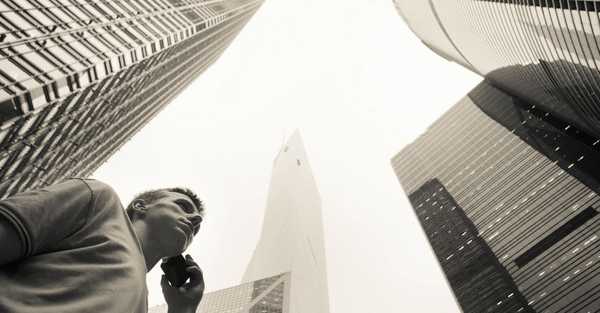 If there were ever any doubt about how completely RIGGED the banking system is against depositors, allow me to introduce the following:

Exhibit A: Governments are working to make banks LESS safe

Yesterday an unelected bureaucrat that no one has ever heard of made a stunning announcement that has sweeping implications for anyone with a bank account.

Dombrovskis is Europe’s top financial services official, so he controls bank regulations in the European Union.

He issued a stern warning to global bank regulators yesterday that he is prepared to reject any further plans they might have to tighten bank capital requirements.

This might sound rather dry, but it’s incredibly important.

“Bank capital” is the most critical component of any bank balance sheet.

Capital is like a bank’s rainy day fund; when things start to go bad, a bank’s capital provides a margin of safety to ensure that their depositors’ funds are safe.

Strong banks have ample capital and are able to withstand crises.

Weak banks with low levels of capital collapse. And that’s precisely what happened in 2008.

Most banks across the west had very low levels of capital. They had spent years making appallingly stupid ‘no money down’ loans with 0% teaser interest rates to borrowers with pitiful credit.

When that bubble burst, the banks lost billions of dollars. And it turned out that most of the banks at the time had razor thin levels of capital.

If you’re wondering why, the answer is quite simple: the less capital a bank maintains, the more money it can invest… so poorly capitalized banks tend to make more money.

Lehman Brothers was quite profitable.

But the bank infamously had capital worth just 3% of its total assets… meaning that if Lehman’s investments fell by just 3%, they would be wiped out.

Lehman’s investments fell by a lot more than 3%… so the bank’s capital was totally insufficient to weather the storm. The bank folded, and a huge crisis erupted.

And in the years since, the Basel Committee on Banking Supervision, the primary global bank regulator, has been pushing banks to increase their capital levels higher.

And their capital levels are still so low with many of them that there are whispers of taxpayer funded bailouts, from Italy’s Monte dei Paschi to Germany’s global titan Deutsche Bank.

But despite these pitiful bank fundamentals, Dombrovskis is rejecting the Basel Committee’s latest push to make banks safer.

According to the Financial Times, Dombrovskis is specifically complaining that the Basel proposals might lead to a “significant” increase in the amount of capital that banks would maintain.

… so in other words, the head of European financial services thinks it’s a bad idea for banks to have an extra margin of safety.

Bank profits are being prioritized over depositor safety, even at a time when so many of the banks are seeking taxpayer-funded bailouts.

In the eyes of the bureaucracy, bank profits come before depositor safety… which makes it completely obvious how rigged the system is against you.

Exhibit B: The Volker Rule farce

In another effort to make banks safer, the US government passed the Volker Rule as part of their new post-crisis financial regulation.

The Volker Rule forces banks to sell their riskiest assets, i.e. the stuff they shouldn’t have been buying to begin with, especially with their depositors’ savings.

Problem is, those risky assets aren’t worth very much, and the banks are having a hard time finding a buyer willing to pay them 100 cents on the dollar.

So rather than take the loss, banks in the US keep requesting extension after extension.

They’ve already had six years to offload their assets. Now the deadline has been extended all the way to 2022.

Yet in the meantime, the banks get to continue holding those assets on their balance sheet at 100 cents on the dollar, even though they’re clearly not worth a fraction of that.

The whole thing is a giant scam designed to conceal obvious bank losses… a neat little arrangement between the political elite and banking elite.

Exhibit C: No one from Wells Fargo is going to jail

Wells Fargo is getting a very public slap on the wrist for falsifying customer bank accounts in its efforts to meet their sales goals.

And in addition to the embarrassment they’ll probably pay a series of steep damages, most of which will go to the government and class action lawyers.

But don’t hold your breath for any senior executives to be criminally indicted.

If you or I engaged in what Wells Fargo did, we’d already be turning big rocks into little rocks wearing a DayGlo orange jumpsuit.

There’s a word for what they did. It’s called fraud. And the people at the top were either part of the scam, or they were too stupid to recognize an obvious crime.

Once again, it’s proof of a system that’s totally rigged in favor of the banking elite… literally at your expense.

They’ve created a system whereby we entrust our hard-earned savings to institutions that never miss an opportunity to abuse that trust.

In making a deposit at a bank, we become merely an unsecured creditor.

And in exchange for taking on that counterparty risk they provide almost zero transparency in what they’re doing with the money.

Even still, they work in partnership with their friends in government (where a very swift revolving door exists) to legally conceal their true financial condition.

Your reward for all this risk? A whopping 0.1%, if you’re lucky.

Think about withdrawing at least a portion of your savings. Gold and physical cash are great alternatives.