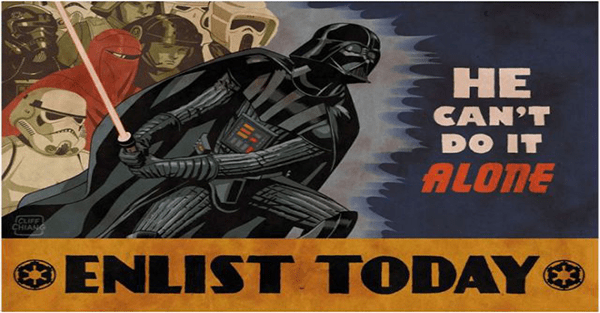 Around the time of Passover in 67 AD, the Jews of Judea were in the midst of a major rebellion against the occupying Roman Empire.

Riots and violence were commonplace, and an organized rebel force of more than 25,000 men fought regularly against the imperial legions.

But a small group of zealots decided that conventional warfare wasn’t good enough.

So they went to the nearby town of Ein Gedi in modern-day Israel and killed 700 civilians.

This was one of the first recorded terror attacks in history.

Titus Flavius Josephus, an ancient historian (whose works are frequently disputed) described this massacre in his book The Jewish War, and goes on to explain that Sicarii committed mass suicide rather than be taken prisoner by the Romans.

Terrorism, radicalism, and fanaticism have existed for thousands of years; there have always been people willing to commit unspeakable acts of violence as a means to achieve their goals.

And sadly, though our species has evolved since ancient times, these traits still exist in a dangerous minority that struck at least three times just yesterday alone.

Most of us who don’t have our mental wires crossed can’t understand their belief systems– both ancient and modern-day terrorists alike are not only willing to die, but quite often HAPPY to die for their causes.

Today’s politicians are remarkably ill-equipped to deal with this kind of threat.

Their solution is to fight violent radicals by forming committees, issuing press releases, and passing mountains of legislation.

Case in point: The National Defense Authorization Act of 2017, which is sitting on President Obama’s desk awaiting signature, consists of over 3,000 pages of rules, regulations, and pet projects.

Hell, when dropped from the right altitude, that’s a lethal weapon.

To give you an example of exactly how these people could possibly fill 3,076 pages, there’s a new rule among the bill’s many, many, many passages that redefines administrative leave procedures for civilian contractors.

Just imagine all the terrorists quaking in their boots, petrified of carrying out another act of violence, knowing that American’s administrative leave policy has been refurbished.

Another gem is section 1224, which provides authorization to arm Syrian rebels with state-of-the-art weapons from the US military.

I’m not talking about small arms and ammunition. This is the heavy-duty stuff.

Apparently Congress didn’t learn its lesson when a bunch of the weapons they gave to the Iraqi military conspicuously ended up in the hands of ISIS.

Nor did they learn their lesson back in 2010 when it was found that the DEA had completely lost track of the thousands of weapons they supplied to Mexican cartels.

But don’t worry, the law provides plenty of safeguards.

For example, once the military supplies weapons to a Syrian rebel (who are obviously very easy to tell apart from ISIS terrorists), they have to file a report, including: “an explanation of the purpose and expected employment of such systems.”

Are these people serious?

Do they think that these high-tech precision munitions will be used to make coffee?

It’s amazing that this is what passes as Defense policy… THIS is how they plan on spending hundreds of billions of dollars to keep you safe– sending useless reports to their central bureaucracy.

Then, of course, there’s section 1287, my personal favorite.

Section 1287 requires that, within 180 days of the bill being signed to law, a new agency called the Global Engagement Center will be created under the State Department.

The Global Engagement Center’s job is to combat FAKE NEWS around the world, with sweeping powers to train and fund legions of journalists and bloggers to inundate the world with US propaganda.

Politicians have been praising the idea for the Global Engagement Center as a landmark new tool to keep Americans safe.

This is totally bogus; the US government has had propaganda and psychological warfare resources for decades.

Back in my intelligence days, I spent several months working right next to the Psychological Operations guys.

And outlets like Radio Free Europe and Radio Liberty have been in existence since the 1940s; both were funded by the CIA for decades.

So it’s not like it’s anything new for the US to be spreading propaganda.

What is new is creating and consolidating a whole lot of new power and authority into a single office to undermine any independent sources that don’t conform to the official narrative.

The Global Engagement Center is basically the Ministry of Truth.

This doesn’t make you safer. It makes you less free.