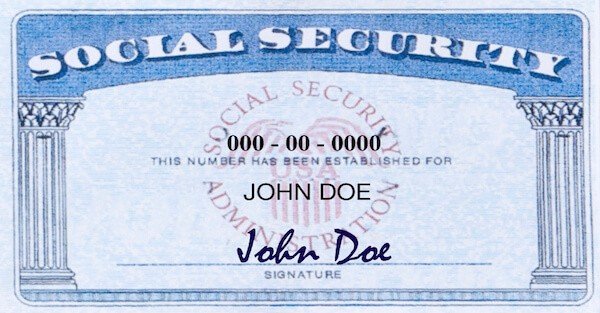 This doesn’t make front page news… But it should.

Over the past decade, payouts have increased by an average of 1.66% per year, according to the Social Security Administration (SSA).

Seems like a trivial difference until you realize that’s 69% higher than expected.

That amounts to about $39 extra per check for the average retiree, according to the SSA.

And with about 62 million Americans receiving Social Security, that’s an extra $2.4 billion per month… $29 billion per year.

But those calculations used previous cost of living adjustments.

Keep in mind that all future cost of living adjustments will compound on top of 2019’s increase.

So even if they get back to the 1.66% average adjustments, the extra $29 billion is included in the base for future calculations.

Will Social Security really last until 2034?

Last year, they said it would last until 2035… Wrong. One year passed and insolvency came two years closer…

Before that, the Social Security Administration estimated that the funds would last until 2040… wrong again!

After Congress passed some Social Security reforms in 1983, the SSA expected the system to remain financially sound for 75 years, until 2058.

Say it with me… they were wrong.

In 2006, the SSA expected the US birthrate—the number of babies each woman is expected to have in her lifetime—to be 2.01 by 2020.

Well guess what… they were WRONG.

So just when Social Security is expected to run out of money, the fewest number of workers in decades will be entering the workforce.

Social Security depends on a ratio of 3 workers to support each retiree.

Today, there are only 2.8 workers paying into Social Security for every beneficiary collecting.

And the economy is currently about as good as it gets.

October unemployment was 3.7% according to the Bureau of Labor Statistics. It hasn’t been this low since 1969…

There are record numbers of people in the workforce… paying into Social Security.

Yet Social Security still looks dismal, during the best economic times in decades.

What happens when a recession hits?

And that’s the third strike.

The Social Security Administration has been wrong on just about every projection and estimate it has made.

I’m not trying to be alarmist, but it is rather shocking that people shrug off the reality.

This data isn’t coming from me, it isn’t some wild conspiracy theory. It’s the most optimistic outlook from the Board of Trustees for Social Security.

Unfortunately, many people will do absolutely nothing with this information. It’s easier to just Instagram your way to retirement.

And these people will have their lives turned upside down—benefits cut, retirement age increased, pushed out of the system… Something has to give.

But when you see it coming, there is so much you can do.

You can take legal steps to reduce your taxes, and funnel the savings into your retirement.

Or, you could establish certain self-directed IRA structures or a solo 401(k).

Or, learn how to be a better investor…

Just don’t let the government plan for you. They’ll give you great estimates… and as always, they will be wrong.