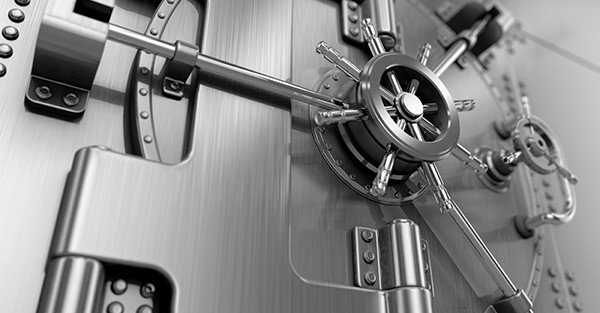 At USD $1160, a lot of gold owners are looking at the paper price right now and panicking.

The conventional wisdom is that, because it takes fewer pieces of paper to buy an ounce, gold is a bad ‘investment’.

This isn’t the right idea. It shouldn’t be viewed as an investment at all.

Rather, the entire point of gold is to trade paper currency for something that can hold its value over the long-term, yet is still liquid, divisible, and universally recognizable.

There are almost zero assets that fit the bill. Gold is one of the few.

Gold is real. It has its own challenges (including counterfeit, manipulation, etc.) that make it far from perfect. But it’s physical, tangible, and cannot be conjured out of thin air by central bankers.

What’s more, it’s one of the only private forms of money remaining, and it’s a great way to transport a substantial amount of savings abroad without anyone knowing.

I’ve long been an advocate of moving a portion of one’s savings overseas.

After all, what’s the sense of leaving 100% of your assets within a country ruled by a morally and financially bankrupt government that treats you like a dairy cow?

Moving some of your gold abroad to a jurisdiction that prides itself on maintaining a high level of financial security and privacy protects you against legal thievery your government might commit against you.

Sure, it’s a risk that might never come to fruition. But you won’t be worse off for having stashed some of your gold away privately in a safe, stable jurisdiction.

Consider these three to start:

Singapore is currently the world’s top destination for gold storage.

It’s one of the safest places on the planet. There’s practically zero crime. Corruption isn’t an issue, as it’s one of the most transparent places in the world.

(Investment grade precious metals include gold Maple Leaf, Buffalo, Kangaroo, and Panda coins. US Eagles and South African Krugerrands are not tax-exempt as their purity is too low. Silver Eagles, however, qualify for tax exemption.)

Switzerland is the most traditional privacy and financial storage destination. It has many decades behind it as THE place for offshore finance.

And while the Swiss banking industry has suffered a severe blow in recent years from intense pressure from the US, its sophistication, level of service and professionalism in all things related to finance and money is still unparalleled.

It’s a great place for offshore precious metals storage. In fact, all the major online gold services outsource their physical storage to companies such as ViaMat in Switzerland.

ViaMat doesn’t do business with US customers anymore, but there’s a private secure storage option in either Basel or Lugano, called CasaForte (www.casaforte.ch).

Austria is a very “gold oriented” society. Walk around Vienna and ask the average person what the price of gold is and they’ll likely be able to tell you.

You see it everywhere in town, there is no shortage of places to buy and sell gold, including at just about every single bank in the country.

Furthermore, the Austrian government is not hemorrhaging cash like the United States or Spain. As a result of these factors, the likelihood of a drastic policy change on gold ownership is low.

Bank safety deposit boxes are plentiful, but there is a private facility in Vienna called Das Safe (www.dassafe.com) that I find to be much better.

The reason is because Das Safe is one of the only places in the country (and Europe) where you can store your precious metals anonymously.