Tim Price: Why I’m voting to leave the European Union 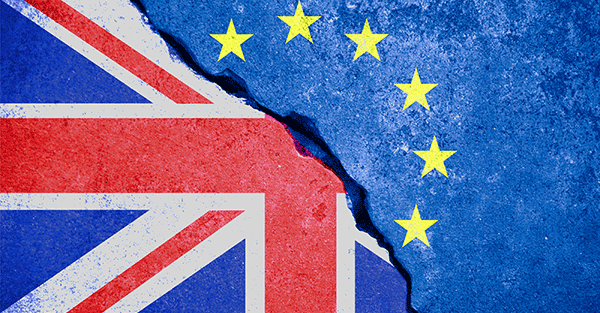 On 23 June 2016, this British citizen will be voting to leave the European Union.

To me it’s clear: the EU has not only become too big for its own good, it’s too big to do hardly anything good.

Back in 1975 when the UK first confirmed membership in the EU (when it was called the European Economic Community), it made sense.

Britain has always thrived on international trade, and the EU promised more trade.

But that’s not what happened. The EU didn’t turn into a peaceful, efficient, multi-national trading bloc that enables commerce and prosperity.

Rather it has become an ever-expanding, unaccountable bureaucracy ruling over vastly disparate nations who are increasingly at odds with one another.

And it is precisely the size of this Leviathan that’s the problem… something that was first identified several decades ago by economist Leopold Kohr.

Kohr was an Austrian Jew who only narrowly escaped Hitler’s Germany just before the outbreak of the Second World War.

He had been born in Oberndorf in central Austria, a village of just 2,000 or so.

And Oberndorf’s tiny size came to play a crucial role in Kohr’s thinking about the wealth of nations.

Kohr’s premise was simple: when you get too big, you start having serious problems.

This applies to political unions, from the Roman Empire to the EU, as well as to companies.

Even Warren Buffett has warned that large companies will eventually find it difficult to grow.

Kohr graduated in 1928 and went off to study at the London School of Economics with the likes of fellow Austrian Friedrich von Hayek.

In September 1941, Kohr began writing what would become his masterwork, ‘The Breakdown of Nations’.

He wrote that instead of expanding, Europe should be shrinking back into small political regions (like Switzerland) with a commitment to private property rights and local democracy.

“We have ridiculed the many little states,” wrote Kohr sadly, “now we are terrorised by their few successors.”

And as the European Union has grown ever larger, it smashes horribly into Kohr’s thesis.

We can see this with the spate of problems in Europe ranging from horrific youth unemployment to major border crises to negative interest rates across the continent.

Of all the world’s population centers, Europe is the slowest growing (i.e. most rapidly shrinking) in the world.

The promises of growth and prosperity proved hollow. Yet the Eurocrats want to give Europeans even more: more regulation, more negative interest rates, more size.

“Markets say the ECB is done, their box is empty. But we are magic people. Each time we take something and give to the markets – a rabbit out of the hat.”

Vasiliauskas is the perfect embodiment of the EU bureaucracy: they believe they are special people capable of performing miracles.

The arrogance and hubris in this statement are overwhelming and tell you everything you need to know about the unelected, unaccountable people who control our lives.

If you want to understand this issue even more, I highly recommend the documentary Brexit: The Movie.

It’s a well-presented masterpiece of government overreach that would likely win an award for Best Comedy if it weren’t sadly true.

If you’re pressed for time, here’s a 60-second snippet detailing the tens of thousand of regulations that crowd our daily lives: