Time to get out? What the cult of Bernanke is telling us… 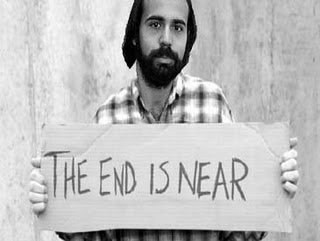 It’s always a bit amusing to meet an investor making money in the markets right now who actually thinks it’s because he’s smarter than everyone else.

Everyone knows the Fed’s quantitative easing program calls for them to buy $85 billion worth of bonds and mortgage backed securities each and every month. And the connection to market performance is clear.

To put this figure in perspective, $85 billion is DOUBLE the annual profits of Exxon Mobil. It’s also equivalent to ALL the money Chinese tourists spent overseas on holidays last year.

It’s also just over $1 trillion annually… which coincidentally is the headline budget deficit that the US federal government squanders each year.

With so much money being pumped into the market, stock investors should all have busts of Ben Bernanke next to their trading screens.

With few exceptions, analysis, street smarts, and fundamentals have practically been thrown out the window in favor of a tiny banking elite’s control over the PRINT button.

However, it now looks to me as though we may have entered a new phase. Institutional investors are beginning to look ahead and worry what will happen when that money is no longer being pumped into the market.

It may be 6 months away. It may be 18 months away. Only Ben Bernanke knows. But, while the markets have short memories looking back, they do tend to discount future events 12-18 months ahead of time.

And that’s beginning to happen.

We’re already seeing many stock markets coming off their highs. Plus most emerging market currencies have been struggling lately. Even the Australian dollar, New Zealand dollar, and Canadian dollar have been weak.

All of this indicates that the leveraged investing herd seems to be squaring positions, going to cash, and paying back some of the USD-denominated debt they’ve borrowed.

So far it’s all been an orderly move lower. And herein lies the trouble.

It’s taken years (since 2008) to print so much money. This means that a market panic will unwind years’ worth of liquidity in a matter of weeks. It’s a financial tsunami that no investor should underestimate.