True story: You know your country is broke when the cops have to call 911… 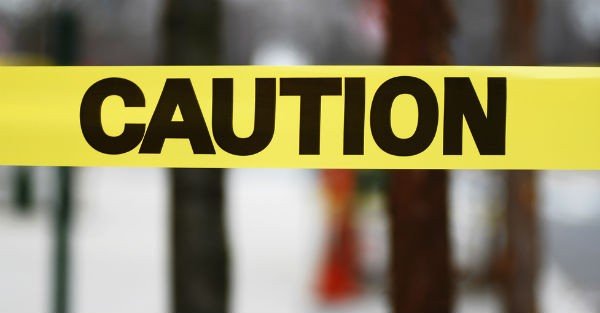 Imagine coming home from work and finding that a group of men have broken into your house. What do you do?

I have a gratified feeling that for an increasing number of our readers, the answer would be to draw their firearm and defend the home.

But it’s safe to say most folks would… call the police.

This happened in Greece recently, as recounted to me in an email by a colleague who was visiting his family in a rural, seaside town in the country’s southern mainland.

There’s recently been rash of home burglaries in the village– a remarkable turn of events for a place accustomed to leaving windows and doors unlocked.

In one instance, a local resident came home and spied a thief in progress; he immediately called the police to dispatch a unit as quickly as possible. And the police reportedly told the man, “We haven’t enough fuel to come out there right now.”

It shouldn’t come as a surprise to hear that public services are being cut back in Greece given how messed up their economy is.

But protecting citizens against crime is supposedly one of the sacrosanct terms of the social contract.

Citizens around the world have exchanged their freedom for security. It’s a completely absurd trade. . . but nevertheless it’s happened.

And in doing so, governments have essentially monopolized the security business. By and large, police and security are public services provide exclusively by the government.

And supposedly the taxes that we all pay go to fund those services. . . ensuring that someone from the government will come and ‘save’ us when the bad guys approach.

That’s the promise, at least.

But in difficult economic times, bankrupt governments routinely set aside promises they’ve made to taxpayers.

They completely violate the sacred vow of maintaining a strong, sound currency.

And they drastically reduce or even eliminate funding for critical services that people have come to depend on.

Of course, this situation isn’t unique to Greece. Every bankrupt nation reaches this point sooner or later.

Recently in [bankrupt] Argentina, a single police officer was left in charge of an entire jail in the Buenos Aires area which was housing several dozen prisoners.

The lone officer, who was clearly in over her head and poorly trained, heard suspicious noises somewhere in the building. So what did she do? She (a police officer) called the police.

Argentine media has published a recording of the officer’s 911 call, where the emergency dispatcher told the officer to get a colleague to ‘try and stop by.’

Oh hey, I hope you’re not too busy issuing parking tickets and providing security for thieving politicians– would you mind making sure we don’t have a prison break on our hands?

But the police officer’s response really reveals just how desperate the situation is, “I have only one vehicle to patrol the whole district.”

Again, these aren’t isolated events. This is a major trend that is due to befall any bankrupt government.

Think about it: are we really so arrogant to believe that a bankrupt government can continue to borrow money forever without consequence?

Bottom line: independence is key. You cannot rely on a bankrupt government to provide the services that they promise.

That goes for anything… from providing basic security to insuring bank deposits to paying out Social Security benefits.

They simply don’t have the financial means to make good on their promises.

And this is a reality that’s important to recognize and prepare for before it’s too late.