Unreal. The Fed believes its own insolvency “would not create serious problems.” 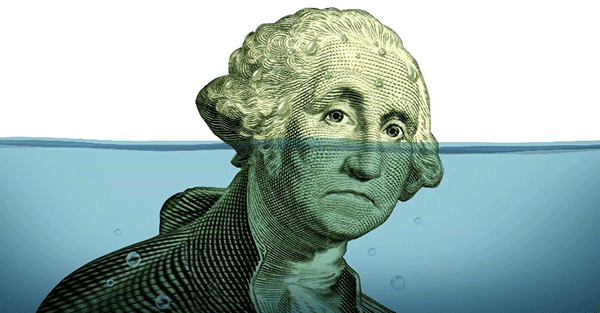 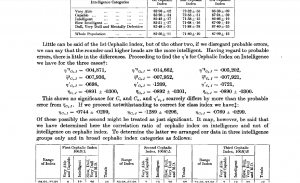 In October 1925, English mathematician Karl Pearson began publishing a multipart series of groundbreaking articles in the Annals of Human Eugenics.

The series was entitled, “The Problem of Alien Immigration into Great Britain, Illustrated by an Examination of Russian and Polish Jewish Children,” and it went on for hundreds of pages over several years.

Pearson’s article focused on “whether the intelligence of the alien Jewish children is closely correlated with their defective physique. . .” and concluded, among many other things, that “Jewish girls have less intelligence than Gentile girls. . .” 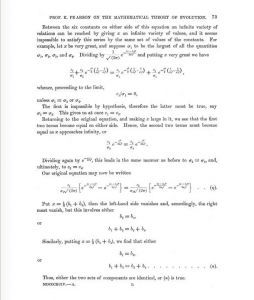 Pearson was considered a well-respected scientist. Yet his entire career is full of such work analyzing the various races and making ‘scientific’ claims about their deficiencies to the point that he openly advocated for “war with inferior races.”

He wasn’t alone. Some of the leading scientists in the world from the 18th through the early 20th century dedicated their careers to such nonsense.

Dr. Samuel Morton’s book Crania Americana, for example, is a nearly 500-page phrenology tome which makes all sorts of bizarre assertions of various races based on the measurements of their skulls.

This is what passed as science back then.

And even senior policy makers (including the likes of Winston Churchill) believed in the findings. After all, the ‘scientists’ said it was true, and they had a bunch of fancy equations, data, and mathematical models to back it all up.

Today, it’s revolting to think that anyone could have possibly believed such garbage.

But at some point in the future, people are going to say the same thing about us. Only this time, instead of eugenics and phrenology, our faux pseudo-science is economics.

Translation: how bad do things have to get at the Fed before they need to be bailed out by the federal government?

Remember that the Federal Reserve is ultimately the issuer of the United States dollar. In fact, you’ll notice when you look at your ‘money’ it says ‘Federal Reserve Note’ on the face.

And over the last several years, the Fed has engaged in the most extraordinary program of expanding its balance sheet.

They’ve essentially conjured new dollars (notes) out of thin air and given them to banks in exchange for all the toxic assets that blew up in 2008, along with trillions of dollars worth of US government debt.

What remains for the fed—the bank’s “net worth”—is razor thin. At this point it’s less than 1.3% of its total assets. This is a laughably tiny margin of safety.

It means that if the value of the trillions of dollars worth of assets that the Fed is holding happens to fall by just 1.3%, then the Fed will be bankrupt.

1.3% is nothing. Most people’s investment portfolios go up and down more than that in a single day.

Jamie Dimon (CEO of JP Morgan) pointed out that Treasury yields moved 40 basis points in a single day last October. So, yes, this absolutely can happen.

But the Fed isn’t worried.

In its latest paper, they say that while it is *possible* that their net worth could become negative, such a phenomenon would be “temporary and would not create serious problems.”

What a convenient assumption.

In other words, the issuing authority of the United States dollar and one of the largest financial institutions in the world thinks it’s no big deal if it goes broke.

How can they possibly justify such madness? Simple. They have pages and pages of complex mathematical models and differential equations to back it up.

Today’s policymakers believe modern economic pseudoscience as well, and they actually are implementing the ideas… like printing your way to prosperity.

These are the people who have control over your savings. Your investment returns. Your livelihood.

And yet they think it’s perfectly fine if the issuing authority of the United States dollar is bankrupt.

This is total insanity. If you don’t have one already, it’s time to come up with a “financial plan B” that distances your savings and livelihood for such dangerous thinking.