US government agency concerned that terrorists might use Kickstarter 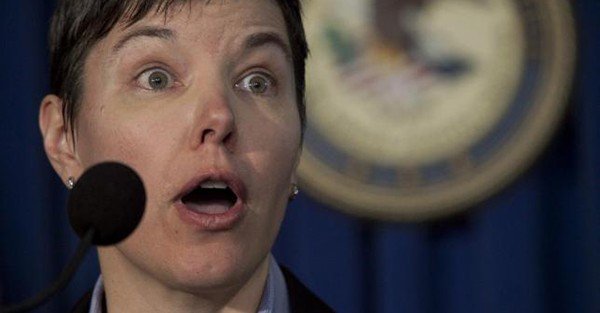 They called it the Bank Secrecy Act (BSA). But it’s one of the most poorly named pieces of legislation in US history.

They might as well have called it the “Bank Sell-Your-Customers-Out Act”, because that’s ultimately what it amounts to.

The BSA is a cornerstone regulation that requires banks in the Land of the Free to be unpaid spies of the government.

One of its many commandments is for banks to file ‘suspicious activity reports’ (SARs) when customer transactions might possibly indicate tax evasion, money laundering, or some nefarious criminal activity.

One of the most common types of SARs includes “Transactions With No Apparent Economic, Business or Lawful Purpose.”

It’s amazing that spending your own money without a clear purpose is considered suspicious now in the Land of the Free.

This is in effect financial pre-crime.

One key threshold is that banks must file a report for any deposit, withdrawal, exchange, etc. that involves $10,000 or more.

Back in 1970 when Richard Nixon signed this into law, that was a massive amount of money.

$10,000 would have bought you two brand new Chevy Corvettes with plenty left over. Median household income at the time was only $12,000.

Yet the currency threshold hasn’t changed a bit.

And the BSA requirements extend not just to banks, but to nearly every industry that deals in cash, including: casinos, payday lenders, gold dealers, money changers, check cashers, etc.

There’s even an entire agency devoted to making sure that all these companies are filing an appropriate number of SARs.

And their big concern right now is that a “statistically significant” number of credit unions in the US haven’t filed a single SAR in nearly two years.

I find it quite convenient that the US government considers it suspicious when banks don’t rat out their customers.

It gives you a pretty clear snapshot of what the government thinks about its own citizens– that an entire agency is up in arms because Men in Caves might get funding on Kickstarter. It’s surreal.

Just like law enforcement agencies who have sadly deviated from their original purpose of serving and protecting, banks simply no longer exist to be responsible custodians of other people’s money.

They’re supported by an undercapitalized deposit insurance fund and an insolvent government.

They’re constantly being fined for price fixing and market manipulation.

They treat you like a criminal if you try to withdraw too much of your own money.

They’ll freeze you out of your own funds in a heartbeat. They routinely report you to government agencies.

And your reward for all this trouble is a whopping 0.1% interest.

Stepping back and looking at the big picture, it’s pretty nuts to keep 100% of your life’s savings tied up in a system that is clearly rigged against you.

Fortunately there are alternatives.

And even if you find new financial technology to be a bit esoteric or complicated, at a minimum, consider at least holding 1-2 months’ worth of living expenses in physical cash.