US government issuing $300 billion in new debt– just this WEEK 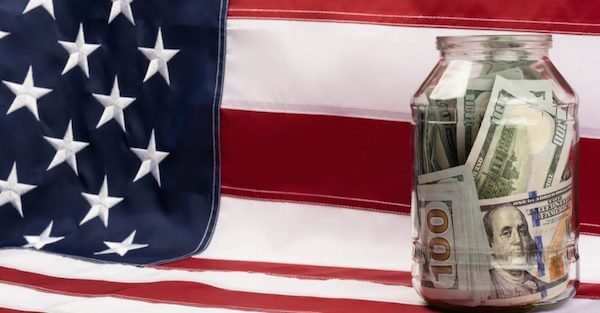 I’m doing my best to take a few days off this week, and have the pleasure of spending time with some friends here in a fairly remote corner of Vietnam’s magnificent coastline.

This is one of the most pristine places I’ve ever been– a high-end resort nestled at the top of a mountain in the middle of nowhere overlooking Vietnam’s postcard-perfect Vinh Hy Bay.

I’ve traveled extensively through Vietnam over the years, from Hanoi in the north, to Saigon in the south, and all along the coast. And the country has always impressed me with its raw beauty.

But what’s always been even more impressive to me is how productive and industrious Vietnam has become.

Remember, this place is supposed to be Communist. And like all Communist experiments, this one nearly ended in economic catastrophe. Vietnam was among the poorest countries in the world just 30 years ago.

But in 1986, on the brink of economic meltdown, the government launched a series of sweeping economic reforms they called ‘doi moi’.

Suddenly it became possible for private individuals to start their own businesses, invest capital, and keep what they earned.

The economy started to boom practically overnight, and it’s been growing consistently at 6% to 8% annually for more than three decades.

The primary driver of the Vietnamese economy, of course, is production. Manufacturing. Exports. Etc.

In fact Vietnam is now a dominant manufacturer across dozens of industries and stands to gain if there’s a protracted trade war between the United States and China.

What’s also interesting about Vietnam is that the savings rate is one of the highest in the world– Vietnamese save an overwhelming percentage of their incomes to invest in the future.

So in other words, Vietnam’s economic model is based on saving and production.

This stands in stark contrast to the Western economic model which is based on debt and consumption.

In the United States (and much of Europe), for example, consumer spending comprises roughly 70% of all economic activity.

So consumption, not production, is the single largest component of GDP.

No one ever talks about American producers or entrepreneurs driving economic growth. It’s all about the consumer.

And savings rates in the West are appallingly low… sometimes even negative.

People go into debt to spend money they don’t have to buy things they don’t need to impress people they don’t like.

It’s totally absurd. Yet this is the primary economic growth model for most Western nations.

Just look at government spending as an example.

To put that number in perspective, the entire US national debt was around $300 billion when John F. Kennedy was President of the United States.

Now they’re issuing that much debt in a single week.

Where does it all go?

The government spends trillions of dollars each year… and a lot of it gets wasted on some of the most comical misuses imaginable.

The National Institutes of Health, for example, spent $1,552,145 of your money to develop a video game that teaches parents how to feed their kids vegetables.

Then there was the $544,338 that the Justice Department spent to spruce up its LinkedIn profile.

And those are just two very tiny examples.

Or the $1 billion that the Defense Department spent to destroy $16 billion of perfectly good ammunition.

This is all useless, wanton consumption. And it doesn’t take a rocket scientist to figure out the long-term consequences.

Countries whose economic models are based on savings and production will prosper.

Countries whose economic models are based on debt and consumption will suffer.