US government promises to forgive student loan debt… if you work for them. 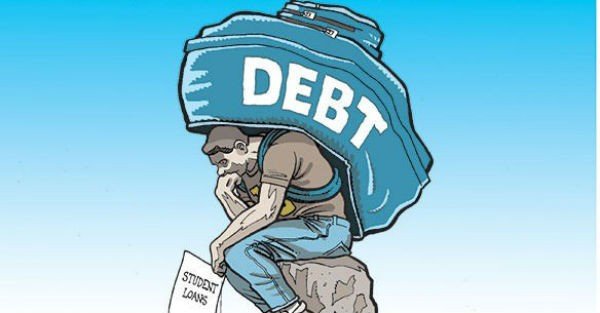 He had a vision for what the state could be.

His vision was a state that was intricately involved in every person’s life from cradle to the grave.

It was responsible for their education, it was their place of work and source of income, and it would monitor and guide the entertainment for all of the society.

Life would be characterized by the government provision of care and support throughout. People would grow to rely upon the state in every aspect of their lives, and they would have no reason to seek out alternatives.

Eventually people would become dependent on the state’s survival for their survival. Thus their lives would then be dedicated to the ‘greater good’, with the individual existing simply for the state.

This terrifying vision of a dystopian society could only be the construct of an author like George Orwell or Ayn Rand, right? Something you would only see elaborated on the pages of fiction.

In fact, this was the vision of Otto von Bismarck, Chancellor of Imperial Germany in the 19th century.

And this wasn’t just a dream. It was a strategy.

From government healthcare at birth to education in a government school, followed by a career in civil service, and a government pension in old age, the state was with you from beginning to end.

One of the most important stages in the life-long relationship between the state and the individual in Bismarck’s mind was through employment.

There you were directly working to support the government’s aims (for the greater good of course), while at the same time being wholly dependent on them for your survival.

This was the cornerstone of his plan for the strength of the empire—having a populace entirely dependent on (and thus committed to) the state.

“My idea was to bribe the working classes, or shall I say, to win them over, to regard the state as a social institution existing for their sake and interested in their welfare,” Bismarck explained.

You can be sure that Bismarck would approve of modern society.

Today in the Land of the Free, everyone is required to pay into the Social Security system, and over 90% of students go to public schools.

With the passage of the Affordable Care Act, the state is exerting its control over your medical care. And now with a new bill comes the crown jewel of state employment.

If passed, the bill aims to get young people into government employment by promising to forgive their student loan debt.

Could they be any more devious?

First they’ve managed to let inflation absolutely explode, especially when it comes to the cost of university education.

Then they actively encourage students to pay for said education by going deeply into debt, often with government loans funded by the [Chinese] taxpayer.

This created a massive class of young people who are now deeply enslaved by their state debt as they vie for jobs as assistant manager at the Gap.

And now the government has created a way out. Young people need only become public servants. Emphasis on ‘servants’. 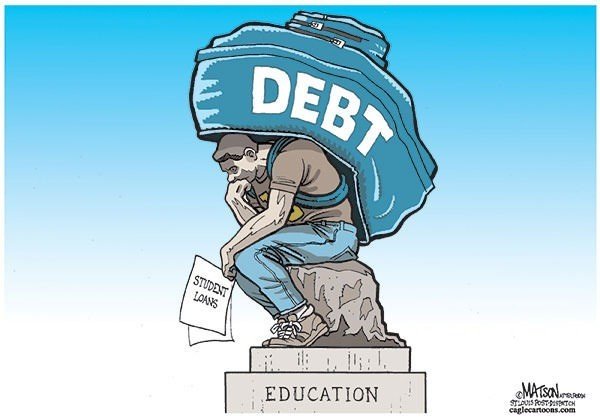 PS: Don’t forget to check out this new study. As you can probably guess, they conclude that it’s been terribly negative for the US economy.