US government says its budget deficit will PERMANENTLY exceed $1 trillion 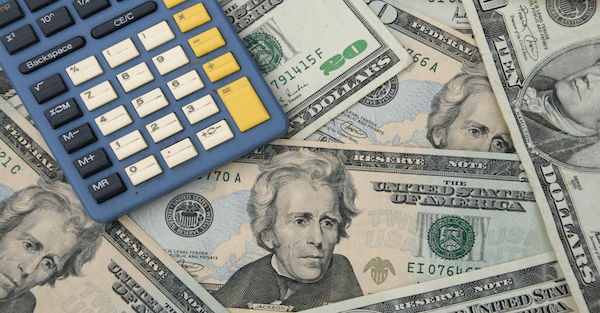 Yesterday the US government’s own Congressional Budget Office (CBO) published a pretty sobering report about the state of Uncle Sam’s finances– and what the future holds.

According to the CBO, the federal government’s spending habits are in such dire straits that its total budget deficit will exceed $1 trillion by 2020. That’s just two years away.

The budget deficit, of course, is the amount of money that the government overspends each year.

The IRS collects taxes from businesses and individuals, and then the government spends enormous sums of money across various programs– from the national parks to Medicare.

For the past several decades, the government has spent FAR more than its tax revenue in almost every single year. This is a very, very long-term trend.

The CBO is now estimating that the budget deficit, i.e. the gap between spending and tax revenue, will be $1 trillion, very soon. And it will only go up from there.

Bear in mind, when the government can’t make ends meet, they have to go into debt to make up the difference.

The national debt already exceeds $21 trillion, more than the size of the entire US economy. And this proportion grows worse each year.

Consider that over the last 12 months, the US national debt grew by 6.4%. Over the same period, the US economy grew by 2.9%… less than HALF the rate of growth of the national debt

Even if you include the ‘beneficial’ effects of inflation to the US economy, economic growth peaked at around 4.4%… still well below the rate of debt growth.

It doesn’t take a rocket scientist to see that this mismatch is a recipe for disaster.

As we’ve discussed many, many times before, ‘cutting’ spending simply isn’t an option.

The government already spends FAR more than its entire tax revenue JUST on the top four programs: Social Security, Medicare, Defense, and Interest on the Debt.

Given the tens of millions of Baby Boomers who are retiring (and living longer lives than ever), Social Security and Medicare spending are only going to INCREASE. A lot.

And given the tsunami of debt that the government is projecting, interest on the debt is going to increase as well… especially given that rates are rising.

So the government is having to pay a higher interest rate on a rapidly increasing mountain of debt.

This is the rate of growth that’s probably most alarming– because the more quickly the government’s interest payments grow, the more money they have to borrow just to pay interest on the money they’ve already borrowed.

More importantly, none of the CBO’s projections really take into consideration anything major. Their forecasts are all based on business as usual.

But what if there’s a major recession that forces them to dump a bunch of money into the economy? Or a financial crisis that requires a trillion dollar bailout package (like we saw in 2008)? Or critical need to spend trillions of dollars to fix crumbling infrastructure?

None of those possibilities is considered in the forecast. So if anything bad happens, it’s only going to mean MORE debt… and HIGHER interest payments.

I’m not here to tell you that the world is coming to an end, or that America is going away, or any sort of doom and gloom. That’s not the case.

In fact I’m quite optimistic about the tremendous opportunities that the future holds. A favorite ancient proverb of mine is that “a quiet life does not make great mean, or great ideas.”

I’m not talking about anything new here. These trends are thousands of years old.

I’m simply highlighting some obvious data– data which is published by the US government itself– and suggesting that it makes sense to understand these trends, and prepare for some of the possible outcomes.

If financial markets have been expanding for a decade and are selling for record high valuations, it might make sense to consider taking some money off the table.

If all of your income, savings, and livelihood happen to be located in a country whose government is completely insolvent and growing worse by the year, it might make sense to consider spreading your assets around the world to safer, more reliable jurisdictions.

These are sensible options with minimal downside that require neither large commitments of time, nor money.

(If you’re looking for some ideas of how to get started, click here to download a number of free resources.)