Video: Cop goes on profanity-laden tirade in affluent suburb, pulls out his gun on two kids 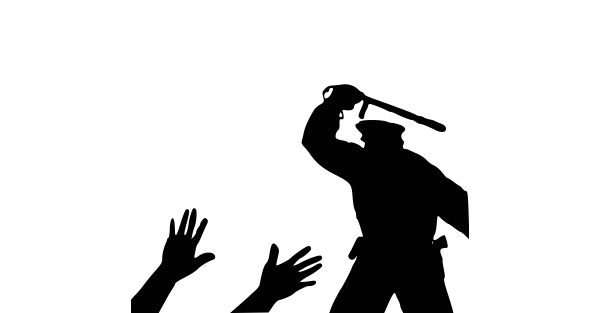 I’ll be up front with you and say that this video is disturbing.

It’s like a bucket of ice-cold water thrown in the face of the dream world that most people are walking through.

Watching riots on TV in places like Baltimore and Ferguson, it’s easy to think, “That couldn’t happen here. All that police violence only happens in poor communities.”

This weekend it was the safe, quiet suburb of McKinney, Texas, about 30 minutes outside of Dallas.

McKinney is no gang-infested slum; it’s an affluent bedroom community with an average household income over $96,000 according to Colliers International.

(Having grown up just a few miles away, I would add that it’s pretty sterile too, full of big-box retailers, megaplex cinemas, and chain restaurants.)

Over the weekend some local kids were having a summer pool party to celebrate a friend’s birthday.

With that many adolescents crammed together in one place, there was undoubtedly some silly teenage drama going on. And police were called to the scene.

One of them starts off almost immediately screaming profanity-laden tirades at the kids, many as young as 14.

This courageous officer’s advice to young people included such gems as “Sit your asses down,” and “Don’t make me fuckin’ run around with 30 pounds of goddamn gear on. . .”

At one point throws a girl to the ground who had apparently failed to ‘get her ass out of here’ with appropriate alacrity.

You can see him grab her neck and attempt to shove her face into the pavement.

The kids all start screaming. Two of them rush over to try and help their classmate, at which point Captain America pulls his gun out and advances menacingly towards them.

They bolt. So he turns his attention back to the girl, grabs her head once again, and screams “ON YOUR FACE!!!” as he pins her down on the ground and puts her in handcuffs.

Had it been a parent trying to grind his kid’s face into the pavement, Child Protective Services would have immediately removed the girl from the home and the father would be rotting in jail this very moment.

But when a police officer does it, he goes on ‘leave’. And only when he’s unlucky enough to be caught on camera.

If some random stranger grabbed your child and started attacking her, you’d instantly turn into Bruce Lee and put the guy in a Kung-Fu death grip.

But when a police officer attacks your child, the government expects you to just stand around and watch.

That’s one of the most disturbing things from the video.

You’ll see there are a bunch of adults in the video milling around with their hands in their pockets while the kids get abused.

I appreciate they’re doing whatever they feel like they can do to make the best of a bad situation.

But they’ve been indoctrinated for so long that their reaction is to be obedient and submissive. They don’t interfere with ‘the law’. They know their place and they act like it.

The kids, on the other hand, are all still young enough that they haven’t totally subordinated themselves to the state. There’s still a part of them that’s free.

So when the cops get totally out of control, their instinct is to fight back.

That is, after all, our natural instinct– to be free.

We have to -learn- to be intimidated and subservient to the state. We have to learn to stand around with our hands in our pockets while our children are abused. And that learning takes place in none other than the public school system.

I checked the McKinney Independent School District’s website and found that these kids all recite the Pledge of Allegiance in the morning, including that part about “liberty and justice for all.”

They sing songs gushing about freedom in America. But they just got a taste of how free they really are.

Hopefully that lesson stays with them. It’s certainly more powerful that an entire semester of the mandatory civics class they have to take.

After watching the video I actually downloaded a copy of the staple civics textbook Magruder’s American Government, and found a rather prescient passage in the first chapter:

“This nation was founded by those who loved liberty and prized it above all earthly possessions.”

True statement. But that instinctive flame to be free has gone out for so many people, not only in America but across the world.

And no nation can rise again until that flame is rekindled.

“To preserve and protect [their rights and liberty], each generation must learn and understand them anew, and be willing to stand up for them when necessary.”

Perhaps that time is finally coming.