Want to see the future of America? Check out this astonishing survey of government workers. 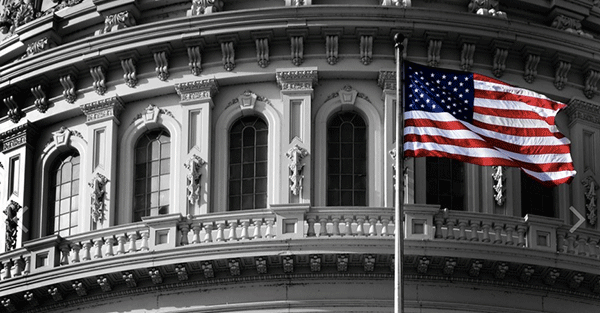 Deep within one of the darkened parking garages of Terminal 1 at Charles de Gaulle airport, there’s an attractive young French girl who’s desperately trying to manage an entire fleet of rental cars by herself.

She’s basically the only person working the garage for one of the major car rental agencies, so she has to take care of every single pickup and return by herself.

It’s pretty clear that she’s overwhelmed and completely stressed out– she has too much work and simply can’t handle it.

On Saturday morning when I arrived to Paris, I passed by the main desk of the rental car agency within the terminal to pick up my keys and contract.

But when I got to the garage and looked at the car, I noticed there were some pretty big scratches and dings.

Not a big deal… but I needed someone from the agency to annotate my contract so that they wouldn’t charge me later for damage that I didn’t cause.

I tried flagging down this girl for a quick signature. Instead I got a rather frantic ‘talk to the hand while I deal with the 30 people in line before you.’

Twenty minutes later I was still waiting for a simple signature. Honestly I didn’t really even care at that point; I was much more intrigued watching this poor girl bumble around haplessly trying to do way too much with too few resources.

It struck me as so curious why one of the largest car rental agencies in the world would have just one worker at one of their busiest tourist transit points.

If you look around in France, it’s actually quite typical to see. And the answer isn’t hard to find: regulation.

Between all the taxes, rules, and inflexible labor laws, it’s simply too expensive and risky for businesses to hire employees in France.

So as a result, French companies tend to hire fewer workers– far fewer than they need to get the job done right… which means that quality suffers.

It’s a sad thing to see when companies have to care more about regulatory nonsense than providing a great product or service to their customers.

Nowhere is this more apparent than in France’s bloated public sector, where roughly a quarter of the country’s labor force is employed.

French bureaucracy is legendary, and it is the primary disability of otherwise productive businesses.

It sounds a lot like the US, actually, which isn’t far behind. In fact I recently stumbled across a pretty scary survey of the job satisfaction of civilian government workers.

It showed that 91.2% of US government workers think that their work is important.

In other words, the people who tell us what we can or can’t put in our bodies, or that we can’t collect rainwater, or tell kids they can’t shovel snow from their neighbors’ driveways— think they’re providing a valuable service for society.

The truth is the exact opposite. I’m sure they’re all very nice people. But government bureaucracy is the problem, not the solution.

Ever single business day of the year, hundreds of pages of new regulations are published in the Federal Register that most people aren’t even aware of.

In the last year alone, an astounding 79,066 pages of new regulations and proposals were published.

Note- these aren’t laws passed by congress. They’re ‘rules’ created out of thin air by obscure agencies within the executive branch, each of whom has the authority to make up new rules on a whim.

Like the Bureau of Economic Analysis, for example, which recently commanded every American with a foreign company to fill out an absurd survey under threat of a $20,000+ fine.

This is not exactly the sort of thing that makes people more prosperous and free.

And yet the apparatus grows, suffocating innovation and quality beneath it.

At this point people seem to get it. I doubt anyone is going to complain that the government isn’t big enough.

The problem is that people think they can fix it in a voting booth.

That’s lazy thinking. Voting doesn’t affect anything; all you’re doing is changing the players, not the game.

If you’re truly fed up with the system, one of the most powerful weapons you have (other than your feet) is your money.

So if you want to change the system, stop supporting it. Take every option available to legally reduce what you pay in taxes to the government.

Deduct legitimate business expenses. Use the foreign earned income exclusion or Puerto Rico exemption. Set up captive insurance and finance companies. Buy whatever you can online from states without sales tax.

As an example, I maintain a US mobile number so that my mother can more easily call me.

But I set up the billing address in Nevada, which has the 2nd lowest cell phone taxes in the country.

I obviously don’t live in Nevada. I don’t even live in the US. All it took was a Nevada address (which hardly costs anything), and the net savings is several hundred dollars each year.

These steps don’t need to be complicated.

But a little bit of effort can go a long way in reducing what you legally owe, which, aside from saving you money, also reduces how much you directly contribute to the destruction of your country.