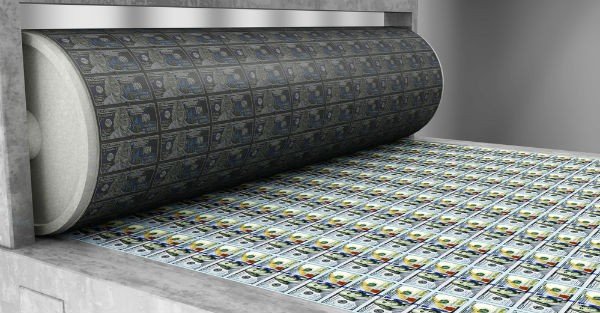 [Editor’s note: This missive was penned by Tim Price, frequent Sovereign Research contributor and Director of Investment at PFP Wealth Management in the UK.]

“I say to all those who bet against Greece and against Europe: you lost and Greece won. You lost and Europe won.”

– Jean-Claude Juncker, former prime minister of Luxembourg and president of the Eurogroup of EU Finance Ministers, 2014

When these failed to work, he tried triple strength battleship steel armour plate, a jet bike and an outboard steamroller.

Undaunted, he also put to use bumblebees, tornado seeds, a jet-propelled pogo stick, a giant rubber band, and five miles of railroad track.

But it was all to no avail. Wile E. Coyote never managed to catch the Road Runner.

Today’s central bankers have a far more elusive prey. They are trying to ignite inflation, and like Wile E. Coyote they are willing to use just about anything in their toolbox in pursuit of their objective.

Quantitative easing, the process by which a central bank purchases financial assets with ex nihilo money, thereby injecting liquidity into the banking system, was first tried – briefly – in early 2001 by the Bank of Japan, which had run out of conventional tools in driving interest rates down to zero during the previous two years.

The first iteration of QE was widely regarded as a failure; the neo-Keynesians, who cannot come across an economy without calling for government stimulus for it, claim that it failed because it was not pursued aggressively enough.

Why inflation? Why pursue a policy that explicitly punishes the prudent saver to the benefit of the foolishly overindebted (whether the latter category comprises a government, corporation or individual is somewhat moot) ?

Pensioners, savers, and investors on fixed incomes are all collateral damage in this war – governments’ first and in fact sole priority is to erode their debt mountain through the stealth taxes of inflation and currency debasement.

Tony Deden of Edelweiss Holdings has written as follows:

“Mr Bernanke [and now his successor at the Fed, Janet Yellen] is wilfully trying to debase the dollar. He will succeed. His colleagues at the ECB purport to be against such measures. This will not last long for they, too, will resort to coin-clipping. They too will fail. Today is Greece and Ireland. Tomorrow is Spain. Next month is Britain, France and a host of others. The following month is China, Japan, America and so forth. It may take years but the whole culture of credit and debt will fail. This is reality. We just do not know how or when.”

Anticipating that ‘when’ is particularly troublesome, for asset managers and their clients alike.

Dealing with the ‘how’, and attempting to protect capital during the process, is difficult enough.

Fund managers Incrementum have nicely described the problem as the interplay between the forces of deflation (the free market’s natural response to this crisis) and inflation (the knee-jerk policy response of governments and their client central banks), and in turn compared this interplay to the permanent pressure of two opposing tectonic plates.

The problem would be less acute if Europe’s banks had gone to the bother of restructuring after the original earthquake hit in 2008. They did not.

We operate within a debt-based monetary system, so every time a bank calls in a loan or a borrower pays back a loan, money disappears from the financial system.

Trying to balance these opposing forces, the task of every central banker, is going to become increasingly difficult. At some point it may become impossible. Even with jet-propelled ACME roller skates.