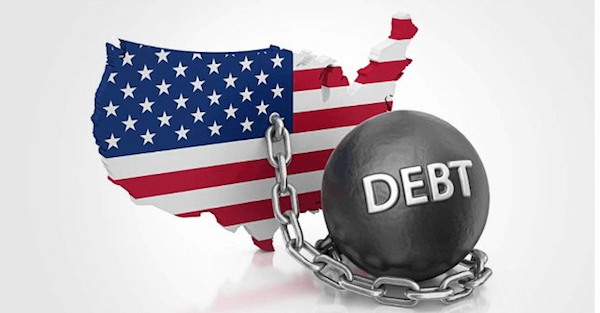 I’ve long held a working theory that US voters are completely predictable in Presidential elections.

The idea is that Americans almost invariably tend to swing wildly every few election cycles, voting for the candidate who is as close to the opposite of the current guy as possible.

Let’s go back a few decades to, say, Jimmy Carter.

In 1976, the country was sick and tired of the corruption, scandal, and disgrace of Richard Nixon’s administration (which at that point had been inherited by Gerald Ford).

Jimmy Carter was pretty much the opposite of Richard Nixon– a youthful outsider versus an aging crony.

After four years of economic disaster, Americans swung in the opposite direction from Carter, choosing an older, polished conservative in Ronald Reagan who represented strength and stability.

That trend lasted for twelve years– two terms with Reagan, and one term with his successor George HW Bush, after which the country swung in the other direction again– to Bill Clinton.

Clinton was another young, energetic liberal, pretty much the opposite of the elderly, curmudgeonly Bush.

After eight year of Clinton and his personal scandals, the country swung again to George W. Bush, a God-fearing, fundamental conservative who wouldn’t cheat on his wife. He represented Clinton’s opposite.

And after eight years of war and economic turmoil, the country swung once again to Bush’s opposite– a youthful, charismatic, black outsider.

Eight years later, the 2016 election was won by a man who is as far from Barack Obama as it gets.

Now, however you feel about the current guy, it’s safe to say that the country is probably going to wildly swing in the opposite direction in either 2020 or 2024.

Last night the world got a sneak peak at what that might look like– Congressman Joe Kennedy III, the 37-year old grandnephew of John F. Kennedy.

The young Congressman clearly represents Trump’s opposite and seems to embody so many of the gargantuan social movements that are coming to a head– the Dreamers, #metoo, BlackLivesMatter, etc.

Now, I typically hate talking about something as trite as politics and elections; elections merely change the players. It’s the game that’s rotten.

But in the Congressman’s rebuttal last night after the State of the Union address, he said something that I found quite alarming, almost inconceivable.

He lamented that the government has turned America into a “zero-sum game” where benefits received by one group must come at the expense of another– fund health insurance by cutting funding for education; build new highways by slashing teachers’ pensions.

He cited a number of examples, and then told his audience, “We choose both!”

Given the thunderous applause at that remark, everyone seemed to agree that the wealthiest, most prosperous nation in the world should never have to make a single tough financial decision.

Americans should have everything they want. And somehow, the money to pay for it all will just magically appear.

I found this astonishingly naive. He should have said, “We choose debt!” Because that’s the only way they’ll be able to pay for any of it.

Bear in mind the US government is already nearly $21 trillion in the hole and spending hundreds of billions of dollars each year just to pay interest on the debt.

On top of that, the government spent another $2.15 trillion on Social Security and Medicare, and $720+ billion on defense spending.

So– just between interest, Social Security, Medicare, and Defense, they spent $3.3 trillion.

Total tax revenue was only $3 trillion to begin with.

So before they paid for ANYTHING else… National Parks, Homeland Security, infrastructure, foreign aid, or even paid the electric bill at the White House, they were hundreds of billions of dollars in the hole.

On top of that, the federal government has entire trust funds that are completely insolvent.

Both the Federal Highway Fund and the Disability Insurance fund, for example, have been bailed out within the last two years.

And there are several more, from the Pension Benefit Guarantee Corporation to Social Security itself.

This amounts to literally tens of trillions of dollars in liabilities; according to the Treasury Department’s own estimates from Fiscal Year 2016, its long-term liabilities amount to $46.7 trillion.

I find it simply extraordinary how few people in power seem to have a grasp on the magnitude of these long-term challenges.

Instead, the solution is to give everything to everyone without ever having to make a single responsible financial decision.

It’s total lunacy, a new form of American socialism that will be the final nail in the fiscal coffin.

And if history is any indicator, it’s coming… possibly as early as 2020.