Welcome to the Sue-nited States of America 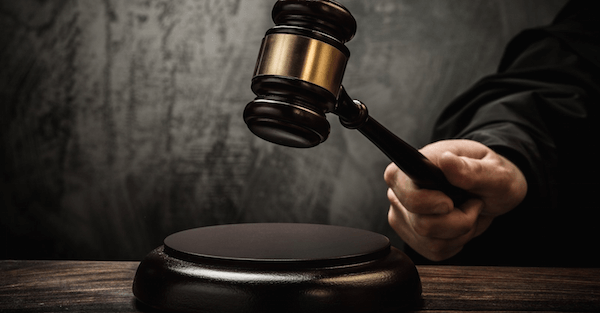 On the morning of February 27, 1992, 79-year old Stella Liebeck and her grandson Chris pulled up to a McDonald’s drive-through in Albuquerque, New Mexico and ordered a $0.49 cup of coffee.

Chris pulled the car over and parked momentarily so that his grandmother could add cream and sugar.

While doing so, she accidentally spilled the entire cup onto her lap, instantly scalding her.

Liebeck was hospitalized for eight days with third degree burns; she received numerous skin grafts and required in-home care for several weeks after her release.

She blamed McDonald’s for the incident and demanded $20,000 to cover anticipated medical expenses. McDonald’s balked, so the case went to court.

The trial took place more than two years later, in August 1994, resulting in an unbelievable victory for Liebeck– the jury awarded her more than $2.7 million.

(The total compensation was subsequently reduced, but still ended up being a huge payday for her.)

This is one of the more famous cases frequently cited as a frivolous lawsuit. But it’s just the tip of the iceberg, especially in the Sue-nited States of America.

Late last year, an attorney in Florida filed a lawsuit against another man for shaking his hand too vigorously, claiming the alleged handshake was “unexpected, unprovoked, uninvited, unauthorized, uncalled for, and, most certainly, negligent.”

Uber is reportedly being sued for $48 million by a former passenger who claims that the ride-sharing company ruined his marriage – because his wife was able to track his trips on the app.

Then there’s the College Board and Electronic Testing Services (administrators of the SAT college admissions test in the US), which was sued by a New Jersey boy and his mother over a misprint about the amount of time test-takers would have to complete the exam.

And late last week, a new $7.5 million claim was filed against Walmart from a man who claims that, due to the company’s negligence, he broke his hip while shopping for a watermelon.

These are just a few examples– there are countless more lawsuits filed in the Land of the Free each year.

It’s not to say that they’re all frivolous. In many cases, one party legitimately aggrieves another, and some sort of compensation is warranted.

But quite frequently a lawsuit is nothing more than a shakedown.

And with the barrier so low, just about EVERYONE is potentially at risk.

Many states in the US recently adopted rules making it even easier to sue someone.

In Nebraska, for example, state law makes it so simple that collectors of medical debt often sue former patients for amounts as low as $60.

So if you think that you have to be rich in order to get sued, think again.

While the multi-million dollar lawsuits against huge companies tend to grab the headlines, in many respects, the best targets of frivolous lawsuits are people in the middle class.

These are folks who have some money and assets accumulated, but don’t necessarily have enough financial resources to defend themselves against an absurd claim of negligence or wrongdoing.

They can’t afford to go to trial and pay exorbitant legal fees… so they’re much more likely to settle (even when they’ve done nothing wrong) and write a check for $25,000 or more to make the problem go away.

For people who do go to trial, legal battles can last for years, consuming tremendous amounts of time and money, and causing extreme stress.

So the way the system is rigged, even if you successfully defend yourself and win, you still lose.

With all this in mind, the best defense is to not be a target at all.

This starts with staying below the radar, i.e. not publicly discussing your assets or big investment wins.

More importantly, there are steps that anyone can take to appear less attractive as a potential lawsuit target.

Putting a little bit of legal and geographic distance between you and your assets is a great start. Here’s an example:

John owns 5 investment properties worth $1 million in total. He owns them in his own name, personally, 100% free and clear, i.e. there is no mortgage.

He also has a $200,000 stock portfolio held at a US brokerage which consists mostly of large, US “blue-chip” companies, plus a $50,000 savings account at the bank across the street from his home.

Raul also owns a number of investment properties worth $1 million. But they’re owned by a Limited Liability Company that’s owned by an irrevocable Trust.

And the properties are HEAVILY mortgaged by another LLC that Raul controls. Those mortgages, totaling $900,000, are publicly registered at the County Clerk’s office.

Plus he keeps a portion of his savings in an offshore bank account, as well as some more private assets like physical cash, gold, and crypto.

John is clearly a juicier target for frivolous litigation.

First– John owns everything in his own name. Plus all of his assets are held in the same country where he lives/works, meaning they all fall under the same jurisdiction.

One bad lawsuit and he’s wiped out.

And, while this sounds counterintuitive, John’s assets are debt-free. This can be risky for asset protection purposes because anyone who wants to steal his real estate portfolio through litigation can walk away with the full $1 million.

Raul, on the other hand, is much better protected. He owns very little personally, and he has assets held in a number of jurisdictions… including some non-reportable assets.

Plus Raul has taken steps to make it seem like his properties are heavily indebted… meaning that a plaintiff stands to gain very little in a lawsuit.

These are just quick examples; there are plenty of great solutions available, from the simple to the complex. But it’s important to think about.

No one ever expects to be sued. Until they are. And at that point it’s too late to get started.

So don’t waste any more time.