What do these CEOs know that we don’t? 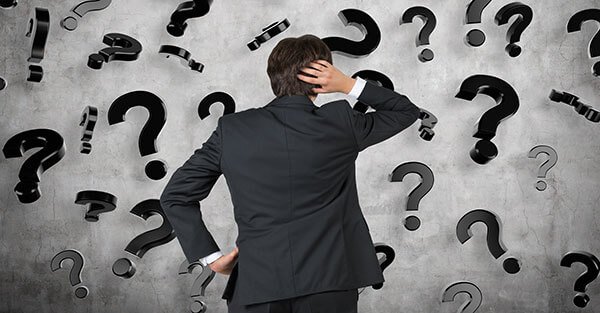 Last night a good friend of mine came over for dinner.

He’s originally from Poland, and growing up there he heard a lot of bizarre stories about what it was like during the Nazi invasion and World War II.

In 1939, even as 1.5 million German soldiers prepared to invade, the general mood in Poland couldn’t have been more carefree.

My friend’s grandfather once told him that, just prior to the Nazi invasion, the schools in Poland announced they were suspending classes… but only for two weeks, because that’s how long they expected the war to last.

It’s as if everyone acknowledged there would be -some- conflict… but totally underestimated its impact and magnitude.

All the “experts” had forecast a clean and speedy victory, and that life would go on as normal soon.

They couldn’t have been more wrong.

My friend is utterly bewildered that his family didn’t have the foresight to escape prior to the invasion.

But they remained in Poland, along with millions of others, and willfully chose to ignore an obvious threat that ended up having life-changing consequences.

This week we’ve been discussing another obvious threat that most people willfully choose to ignore– the appalling level of US debt.

It’s amazing– as a percentage of GDP, the US has racked up more debt than most impoverished countries in Africa.

But as we discussed yesterday, government debt is a long-term threat, especially for the United States whose dollar is still the world’s dominant reserve currency.

Despite the debt ceiling fiasco, it’s unlikely there will be a major debt crisis tomorrow. This threat will continue to build.

There are some threats, however, that are much more immediate, and I want to spend the next few days addressing those, starting with this one:

The US stock market is hopelessly overvalued.

By nearly every objective metric, US stocks are ridiculously expensive.

The average Price/Earnings ratio across the S&P 500 exceeds 26.5; there have been exactly TWO times in the last century when the ratio was higher: the 2000 dot-com bust, and the 2008 crash.

Similarly, the Cyclically Adjusted P/E ratio (or CAPE, which smooths out earnings over a 10-year period) has only been higher two other times in history– during the 2000 dot-com bust, and in 1929 just prior to the Great Depression.

There are dozens of other indicators.

Company “insiders”, i.e. senior managers and directors of large corporations, must file a public disclosure every time they buy and sell shares of their companies.

It’s usually a good sign when the CEO of a major company is buying shares; s/he is an insider and knows what’s going on, so their confidence is a positive sign.

Well, according to public data filed with the Securities and Exchange Commission, insider buying is at its LOWEST level in THREE DECADES.

In other words, the people at the top of the corporate food chain who have privileged information about their businesses are NOT buying.

(What do these CEOs know that we don’t?)

Yet the market doesn’t seem to care. There hasn’t even been a slight correction.

This is EXTREMELY unusual. Stocks routinely undergo small corrections and sell-offs that cause the index to decline 1% in a single day.

Going 105 days in a row without a 1% decline is the second highest record EVER, and the most in 22 years.

Then there are more technical indicators.

Volatility, a common measure of “fear” in the market place, is at eerily low levels.

And an analysis of S&P 500 options published by the Wall Street Journal yesterday shows that investors are completely unconcerned about a major correction in US stocks.

As the Journal summarized, “These markets know no fear.” There’s an incredible amount of complacency despite obvious warning signs.

Japan is an interesting case study in financial complacency.

During that country’s boom in the 1970s and 1980s, Japan’s Nikkei 225 stock index rose to extraordinary heights.

The “experts” presumed that Japan’s growth would last forever; Americans were terrified that the Japanese were going to take over the world.

But then the Japan bubble burst. Stocks started to fall, and they never regained those heights ever again.

Anyone who bought into the 1989 complacency, or even at any point in the mid-1980s, has never recovered.

The “experts” would say this is impossible in the US.

But as we’ve discussed before, we live in a world where the impossible keeps happening, where the most unlikely prospects become reality.

This isn’t a hypothetical problem, or some long-term issue that might unfold in the future.

This is now. Stocks are expensive now.

And the potential consequences to your wealth and retirement make this threat too substantial to ignore.

But it’s hard to imagine you’ll be worse off if you at least consider selling what’s popular and expensive, and choosing safer assets that still deliver very strong returns.

We’ll talk about some examples soon.