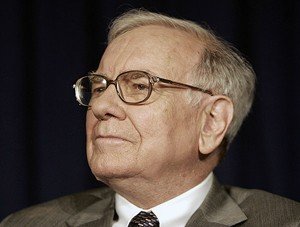 Warren Buffett’s aphorism has been rightly celebrated. But to be a true value investor, it helps to have values.

Courtesy of near-zero interest rates and global competitive currency debauchery, it is increasingly difficult to assess the value of anything, as denominated in units of anything else.

To put it another way, the business of investing rationally becomes problematic when a significant number of market participants are pursuing maximum nominal returns without a second thought as to the real (inflation-adjusted) value of those returns.

Hedge fund manager Kyle Bass alluded to this problem recently when he pointed out that the Zimbabwean stock market had been the last decade’s best performer, but that owning the entire index would only buy you three eggs.

It is not just Zimbabwe. Markets everywhere, in just about everything, have now decoupled not just from their underlying economies but from reality.

There are signs that Buffett himself has decoupled from the value investing philosophy that made him the world’s most successful investor. Berkshire Hathaway is paying almost 20 percent more than Heinz stock’s all-time high in the deal announced last week, and the equivalent of 21 times 2013 earnings as opposed to the 16 times multiple which is the last decade’s average.

Say what you like about the business, but Buffett has not bought it cheaply.

To us, the more intriguing aspect to Warren Buffett is that he gives every indication of not understanding money. As he says, gold “gets dug out of the ground in Africa, or some place. Then we melt it down, dig another hole, bury it again and pay people to stand around guarding it. It has no utility. Anyone watching from Mars would be scratching their head.”

Note that phrase: “It has no utility”. But utility, usefulness, purpose, value comes down to context. Context is everything. As Adam Fergusson bleakly put it in his moving account of Weimar Inflation in ‘When Money Dies’,

“In hyperinflation, a kilo of potatoes was worth, to some, more than the family silver; a side of pork more than the grand piano. A prostitute in the family was better than an infant corpse; theft was preferable to starvation; warmth was finer than honour, clothing more essential than democracy, food more needed than freedom.”

Buffett is chained to a rock of convention. He is hardwired to pursue money and he is very good at that pursuit. But he is not well programmed to consider the relative utility of money or its attributes as a lasting store of value.

Since 2000, the price of gold has outperformed the price of Berkshire Hathaway stock by over 300%. No particular surprise, then, that he should hate the stuff.

Likewise, many investors are losing faith in gold on the basis that its price in US dollars has recently declined. Context is everything. Express the price of gold in another currency, the Japanese Yen, and gold looks relatively buoyant: 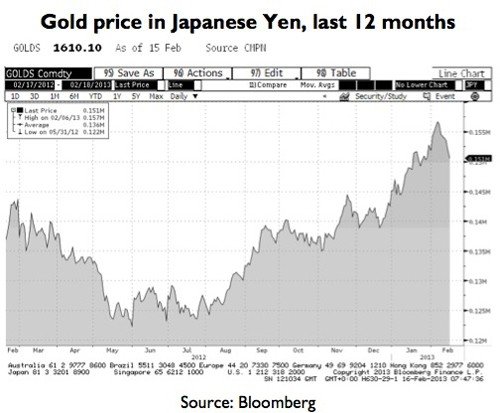 So it comes down to what sort of money you want. And in an environment of competitive currency devaulation, it’s an important choice to make.

In making that decision, this helpful chart is used by fund managers at Stratton Street Capital to help assess sovereign credit quality. They suggest, and we believe, that it also has merit in assessing likely currency movements too. 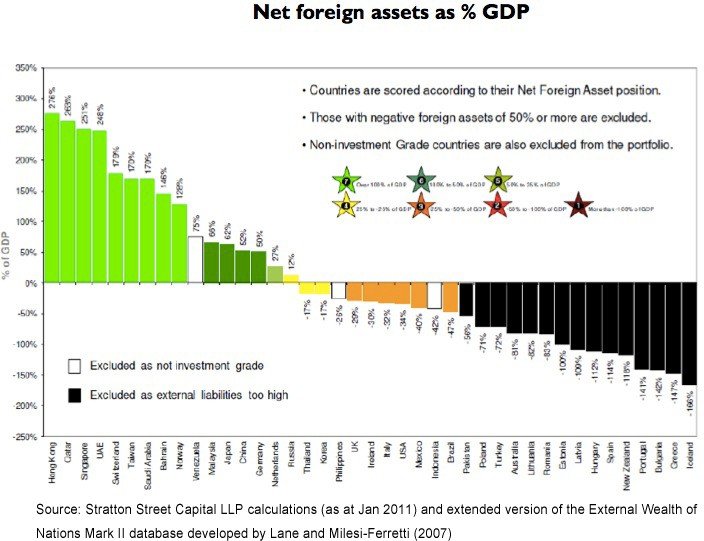 In a global deleveraging that is likely to persist for some years, the heavily indebted countries (the darker colors in the chart above) will desperately need to attract foreign capital to help service their heavy debt loads. And in order to do so, they will likely devalue their currencies.

But one currency it doesn’t highlight is gold. There is an increasingly disorderly currency war going on out there, and the advantage of gold is clear– they can’t print it, they can’t default on it, and there will always be demand for it.

Simply put, in the global currency wars, owning gold is like abandoning the battlefield altogether.