When Priced in Gold, the US economy is at Depression-Era Levels 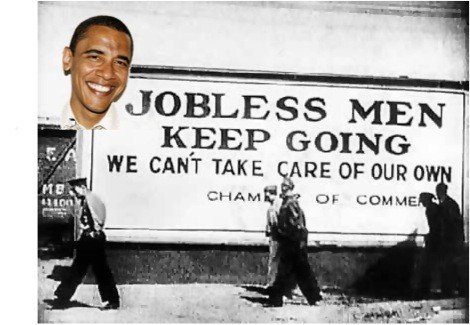 As we slide into the end of yet another year in which the nominal price of gold has posted a positive return, I thought it would be interesting to take a look back on history to get a better understanding of where we are today.

It’s obvious that, for many reasons, the size of the global economy is far greater than it was decades ago. We learn in any basic economics course that, over the long run, enhanced productivity and increased technology drive long-term production gains.

Certainly, an economy can produce more widgets if you’re a lean, mean, automated machine… as opposed to a blacksmith with a hammer and forge.

But there are other factors as well. Population growth. Accounting standards. And of course, the continued inflation of the currency. $1 today buys a whole lot less today than it did a century ago, so when comparing, it’s important to find a better standard of measurement.

There are a number of pricing yardsticks we could use… like the cost of a New York City cinema ticket (25 cents in 1935, $20 today). But it would be awkard to calculate GDP in terms of billions of cinema tickets.

Gold is a much more appropriate (though still imperfect) long-term standard of pricing, with its history as a store of value dating back to the ancients.

With this in mind, I collected the appropriate data on gold prices, population, and GDP in the United States since 1791 and plotted GDP per capita denominated in ounces of gold.

This measurement smooths out changes in economic growth due to currency inflation and changes in the population, making it much easier to compares apples to apples.

The results are rather startling. In its earliest days, US GDP per capita was a mere 2.6 ounces of gold per person per year. But this grew quickly, effectively doubling in the 20 year period from 1791 to 1811.

Most of the 19th century proved difficult for growth, as it took another seven decades (over three times as long) for GDP per capita to double again. This makes sense given that the 19th century was marked by several costly wars (War of 1812, Mexican War, Civil War, etc.)

Since 1970, it’s been a series of peaks and troughs. The economy boomed during the 1990s, then ran out of steam quickly in the ensuring dot-com/housing/sovereign bust.

We have just ended the year at 28.40 ounces of gold per capita (based on trailing twelve month GDP data). This is an astoundingly low figure.

To put it in perspective, since the end of the Great Depression, US GDP per capita has only been under 30 ounces of gold two times– this year, and 1980. That’s it.

In fact, the post-war average for the US economy is 72.83 ounces of gold per capita, so the economy today is an amazing 61% off this historical average.

Right now, the largest economy in the world is producing as much as it did in 1931, almost at the peak of the Great Depression. And no matter what the talking heads and politicians say, the data show that the trend is getting worse. Today’s figure is worse than last year, which was worse the year before. This trend of economic contraction goes back to 2001.

Curiously, this time period also coincides with the greatest expansion of debt and the monetary base in history. Hmmm. Coincidence?

This is truly incredible. With all of our modern advances in technology and productivity, our criminal Ponzi scheme debt-based fiat monetary system is so destructive that it’s turned the clock back seven decades on the economy. Mind blowing. If this doesn’t scream “SYSTEM RESET”, I don’t know what will.

Please share this with your friends and loved ones. It’s time for a wakeup call.