While Europe was burning witches, Iraq was booming. It’s about to be again. 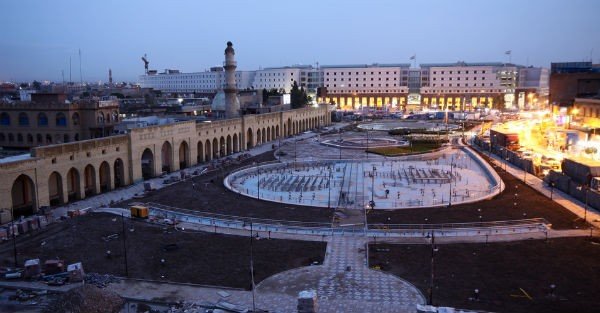 It’s been nearly 1,000 years since Iraq had some positive momentum.

Back then, Europe had plunged into the Dark Ages where intellectual and economic progress all but halted.

Baghdad, on the other hand, was the most exciting, cosmopolitan city in the world. It was the capital of the Abbasid Empire, and in their society, education was a virtue.

Mega-libraries known as Houses of Wisdom were inaugurated all over the region. And in many cases, books were more valuable than even gold itself.

In one famous case, after they had defeated the Byzantine Empire in a long war and were negotiating a peace treaty, the Abbasids demanded annual payments of Greek manuscripts rather than gold.

But that was the peak.

In 1258, a Mongolian horde obliterated the city. They laid waste to the population, destroyed the libraries, and even threw the books into the river. It was said that the water turned black from all the ink.

The next 750+ years were not especially fortunate for this region. It took centuries to rebuild the population from the Mongol attack, during which time they were subjugated by a number of empires… or manipulated by meddlesome foreigners.

All of that external turmoil is finally behind them.

Obviously there are still internal challenges to sort out. But what they’re primarily left with here is tremendous oil wealth… and conditions for substantial economic growth.

One need look no further than here in the Kurdish region up north to get a sense of where this growth story is going.

In terms of sheer volume, most of Iraq’s oil is NOT in Kurdistan. But on a per-capita basis, there’s far more oil here than anywhere else in the country… especially now that they control Kirkuk.

That oil has driven fixed asset investment on a nearly unmatched scale. The amount of construction and infrastructure projects here far surpasses that of even China. Yet unlike China, these aren’t ghost cities. It’s real development.

Iraqi Kurdistan’s story is much closer to that of Myanmar, where I was just about two weeks ago.

Myanmar is emerging from decades of economic isolation and a total lack of development. The opening of trade and foreign investment has spawned an incredible boom there.

Both places are undergoing rapid transformation. But one primary difference is that Kurdistan has a more advanced base to start from. This place is not destitute. There’s already been quite a lot of development.

Moreover, the oil wealth here provides a much more rapid catalyst to growth.

Oil is the obvious play for many foreign investors. You might remember Tony “I want my life back” Hayward, for example.

After he got the heave-ho as CEO of BP for his bungling of the gulf coast oil spill a few years ago, Mr. Hayward joined a private company bankrolled by Nathaniel Rothschild, scion of the famous banking family.

The company became Genel Energy… which at the moment happens to be one of the biggest players in the Kurdish oil fields.

More and more companies are starting to produce here. And with good cause.

The Kurdish government has been exceptionally motivated to negotiate favorable concessions with foreigners. Plus tax rates are as low as 0% to 5% (for people who actually pay them).

There’s little doubt this place is becoming a veritable boom town. And that makes all the non-oil investments even more interesting.

A decade from now, Kurdistan will look completely different than it does today– both politically and economically. And that’s seriously exciting.

In terms of the landscape, I imagine it will be like Dubai’s rapid transformation from a sleepy desert outpost to a cosmopolitan business hub. It only took about 10-15 years.

Yet Kurdistan has a major advantage– there’s potentially ten times more oil here than in Dubai. But both have essentially the same size population.

This is the mother of all rising tides. And a lot of people are going to make a lot of money. It’s definitely a place to keep on your radar.