Why America is in decline 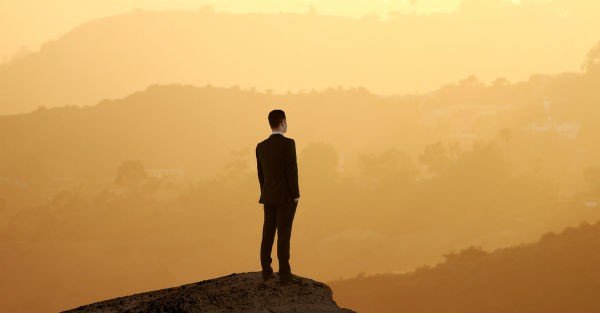 Along with history, travel is by far one of the best teachers. Formal education in classrooms can be stifling to the mind. It makes people believe that the world actually conforms to all the snazzy theories we read about.

But there’s no economic textbook on the planet that can come close to showing you how the world really works.

It’s not about stocks and flows, efficient markets, or official statistics. None of that stuff really matters.

The world runs on people. And even though our politicians go out of their way to highlight the differences among us, human beings all over the world are fundamentally the same.

We all love our children. We cheer for our favorite teams. We work hard to put food on the table for our families. We get frustrated with where we’re at in life. And we desire to achieve more.

This desire to achieve is fundamental to all humanity. Human beings aspire. We push ourselves to accomplish more and improve our stations in life. And this desire spans generations.

Parents always want their children to enjoy a better life than they had. And they work their butts off to ensure this happens.

This isn’t exclusively a western phenomenon. All over the world, the need to provide a better life for one’s children is practically a subtext to the social contract. And people in developing countries want exactly the same thing.

A child born in China today will have a far richer life than his/her parents and grandparents.

And in my travels to over 100 countries over the last 10+ years, I’ve seen other frontier and developing markets that are bursting at the seams in a similar trend.

The growth rates in these places are staggering, and you can see first-hand the hundreds of millions of people being lifted out of poverty.

In these developing countries, they look across the water to the West and can see a rich and consumptive lifestyle. They want this lifestyle, especially for their children.

They’ve spent decades toiling in factories, saving money, and building for the future. It’s time to cash in.

Decades ago, the vast majority of wealth and production was in the West– specifically the United States.

Most people across Asia and Latin America were absolutely impoverished, and felt honored just to be able to work hard and export a product to the US.

Today, it is those same countries (particularly in Asia) that now hold the majority of the world’s wealth and production. And it is their growth that pulls the global economy along.

The West, on the other hand, is full of debt and consumption. America’s greatest exports are now infinite quantities of paper currency, drone attacks, and arrogant regulations like FATCA.

It doesn’t take a rocket scientist to see where this is going.

The West is running out of steam, and the Social Contract subtext is breaking down. Parents are no longer able to provide a better life for their children.

It’s not from lack of trying. But when you’re bogged down by tens of trillions in debt, rising taxes, increased regulation, and a government that rules by fear and intimidation, it’s like swimming upstream in the middle of a hurricane.

Wealth and power are shifting. Developing nations are rising quickly, and western nations are sinking. It’s happening. Ignoring this reality doesn’t make it go away.

Providing a better life for our children now means breaking away from a 20th century paradigm and embracing the new rules of the game.

The world isn’t coming to an end. But it’s changing, just as Hemingway wrote– gradually, then suddenly.

This is fundamentally a good news story… and it opens up a world of opportunity for those who are willing to see it.