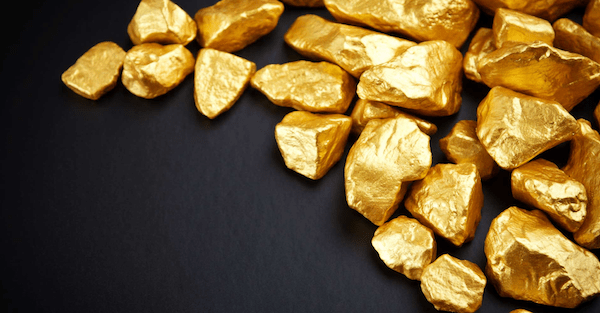 In 1986, Peter Munk bought a gold mine in northeastern Nevada for $62 million.

The mine was only producing 40,000 ounces of gold a year back then (around $16 million annually) … and the sellers believed the land held 600,000 ounces easily minable gold.

But those estimates were woefully short.

Although the Goldstrike acquisition proved to be his best, Munk bought many other successful gold mines.

He was the founder of the world’s largest gold producer, Barrick Gold. And his company earned the top spot through deal making…

Before buying Goldstrike, Munk bought half the Renabie mine in Ontario… then the Camflo mine in Quebec.

But it was Barrick’s 2005 acquisition of Placer Dome that gave the company its title as the world’s largest gold producer and cemented its place at the top of the food chain.

It’s been over a decade since Barrick’s blockbuster deal. And the gold sector has gone quiet. Low prices for both the metal and mining stocks caused investors to completely ignore the sector.

But the commodities markets are cyclical… As our friend Rick Rule says, “the cure for low prices is low prices.”

And we’re starting to see signs of life.

We’ve been writing about a number of tailwinds for the yellow metal, including a lack of major discoveries, which we argued would lead to higher gold prices and frenzied takeover activity as gold demand increased.

Barrick made headlines late last year when it announced it would acquire Randgold Resources in a $6 billion deal. It was a major sign of life in a sector that was left for dead.

Then, in January, another mining giant, Newmont, announced it would buy Goldcorp for $10 billion.

But last week, we got a sign that merger mania in the gold sector is officially on…

Barrick announced its intention to make its largest acquisition yet – a $17.8 billion deal for Newmont Mining.

Newmont rejected Barrick’s offer and intends to pursue its merger with Goldcorp. Barrick is turning its bid hostile.

And the miners are publicly trashing each other, with Barrick calling Newmont “desperate” and Newmont in turn calling Barrick “inferior.”

But despite the theatrics, this deal tells us one thing – the gold sector is gearing up for a spate of M&A activity.

We’re seeing the largest companies consolidate first. They’re merging to try to further cut redundant costs and bolster reserves (gold companies have been slashing costs for years to improve margins in a down market).

But these mergers don’t solve the problem of no major new gold discoveries in the past 15 years.

Next, we should see the gold giants start acquiring the junior mining companies. As the name implies, these companies are much smaller. And they raise equity capital to find new gold deposits. These juniors take the big risks to find new deposits. And the successful ones see their share prices soar or get acquired by a larger miner – or both.

It’s not just the economics of the gold sector that make an M&A boom likely. We saw record M&A activity across the board last year, as cheap money and record profits sent companies on a buying spree.

And we’ve got the same backdrop today. The Fed and other central banks around the world have already backed off their plans to tighten monetary policy.

We’re even seeing some very powerful people calling for negative interest rates in the US.

On its own, monetary easing (the continued destruction of fiat money) and record debt around the globe make gold an incredibly attractive asset class.

But in this, coming gold bull market… low rates and an excessive appetite for debt will also continue fueling the gold company merger frenzy.

The stage is being set for a mega melt-up in gold and gold stocks right now.

And we continue to be quite bullish on the sector.