US Spending: With apologies to drunken sailors everywhere. . . 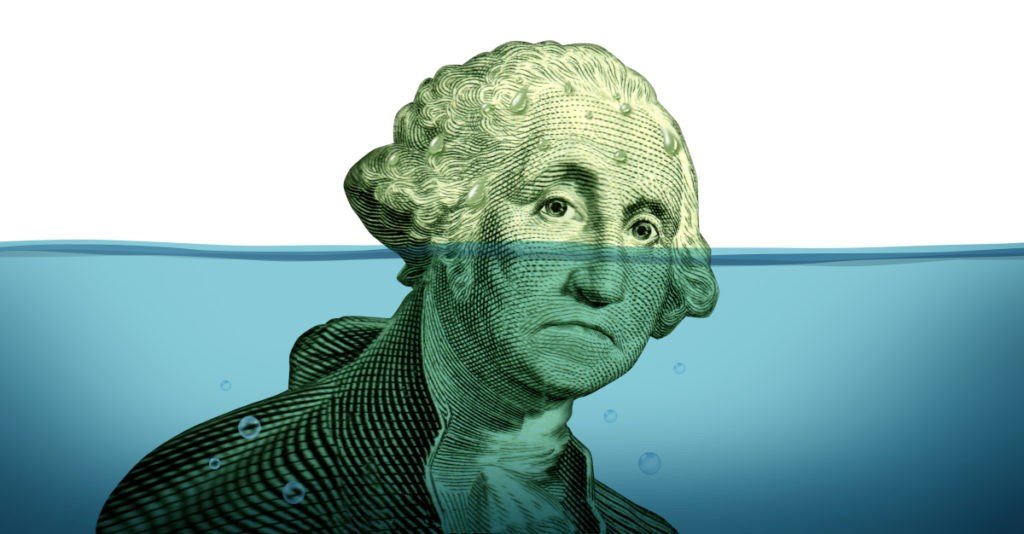 Disco was in. Star Wars was the biggest movie of the year. The world’s first personal computer was announced– the Commodore PET, which came with 8 kilobytes of memory.

And the Gross Domestic Product of the United States reached $1.9 trillion– more than double what it had been just ten years prior.

As you probably know (or possibly remember), though, most of the GDP “growth” during the 1970s wasn’t because the US economy was strong. Quite the opposite, actually.

Yet food and fuel prices kept spiraling out of control. This is a big reason why GDP kept rising in the 1970s despite such a weak economy.

We’ll come back to 1970s inflation in a moment; for now, I’ll point out the coincidence that the latest COVID stimulus bill which Congress seems ready to pass, is also $1.9 trillion.

In other words, the amount of money they want to spend in a SINGLE legislative package is the same as the size of the entire US economy in 1977. And 1977 is still fairly recent history.

Even today, $1.9 trillion is nearly 10% of the size of the US economy, and roughly 50% of expected federal tax revenue this fiscal year.

Before this COVID spending plan was announced, the Congressional Budget Office estimated in early January that the budget deficit this year in the Land of the Free would be $2.3 trillion (up from their $1.8 trillion estimate a few months before.)

Now they’ll have to add another $1.9 trillion to the total, tentatively bringing this year’s budget deficit to $4.2 trillion.

It’s important to note, of course, that the politicians and public health officials keep moving the goalposts on when life will go back to ‘normal’.

Their latest estimate is that, after hundreds of millions of people are vaccinated, then possibly by late fall there will be “a degree of normality”.

But naturally if there’s the slightest hint of anyone getting the sniffles this fall, they’ll likely slap everyone back down into stay-at-home orders and quarantines. And this means MORE stimulus.

Stay home. Be afraid. Dehumanize yourself and others. Believe what you’re told. Obey. Collect your free government money.

Among the countless, obvious problems with their plan is that they only have one way to pay for it: debt.

The national debt in the United States is nearly $28 trillion right now (up from $23 trillion pre-COVID). And the debt will sprint past $29 trillion soon and reach $30 trillion within the next few months.

At $30 trillion, the national debt will be roughly 1.5x the size of the entire US economy. That will also be a record high– even higher than when the US was fighting the Nazis in World War II.

The challenges with this approach, of course, are that

(a) someone actually has to have trillions of dollars lying around; and

(b) be willing to lend such prodigious sums to the US federal government.

Most foreign countries don’t have that sort of money. Europe and Japan, for example, are flat broke. And those who do have the money (China) don’t have any interest in financing US government deficits.

You can see this in the data: foreign ownership of US government debt has actually been declining over the past few years, giving a very strong indication that they’re unwilling and/or unable to loan more money to Uncle Sam.

So, with foreign lenders off the table, the Treasury Department will have to look to other sources.

Social Security’s trust funds have long been a source of plunder. But with the program having already turned cashflow negative (and set to run out of money possibly by the end of this decade), this isn’t a viable option any longer.

That leaves the Federal Reserve– America’s central bank. The Fed has the ridiculous authority of being able to conjure unlimited quantities of money out of thin air in its sole discretion. And as a result, they’ve been buying up the vast majority of US government debt for most of the past decade.

Prior to the Global Financial Crisis in 2008, the Fed’s balance sheet was around $850 billion. Since then, they’ve created so much money that their balance sheet has ballooned to $7.4 trillion.

Starting in around 1970, the Federal Reserve began heavily slashing interest rates and pumping more money into the economy in an effort to boost GDP.

The plan was successful; like I wrote earlier, the US economy ‘grew’. But so did inflation and unemployment.

Inflation in particular was miserable during the 70s, reaching 14% by its peak in 1980. And most of this happened because they borrowed too much and created too much money.

I wrote about this recently— economic prosperity isn’t rocket science. All that’s required is some basic fiscal restraint, economic freedom, and a stable currency. The free market takes care of the rest.

History shows that bad things tend to happen when politicians and bureaucrats try to engineer prosperity by debasing the currency.

It’s entirely possible that such unprecedented debt and money expansion could cause serious problems with the currency– including 1970s style inflation.

Don’t fall into a logical trap and believe that inflation will never be a problem, simply because it hasn’t been a problem yet.

Rather, acknowledge that the US was extremely lucky for inflation to have been relatively benign over the last decade.

But after the year we just had, it would be foolish to assume that the next decade will be as tame as the previous one. 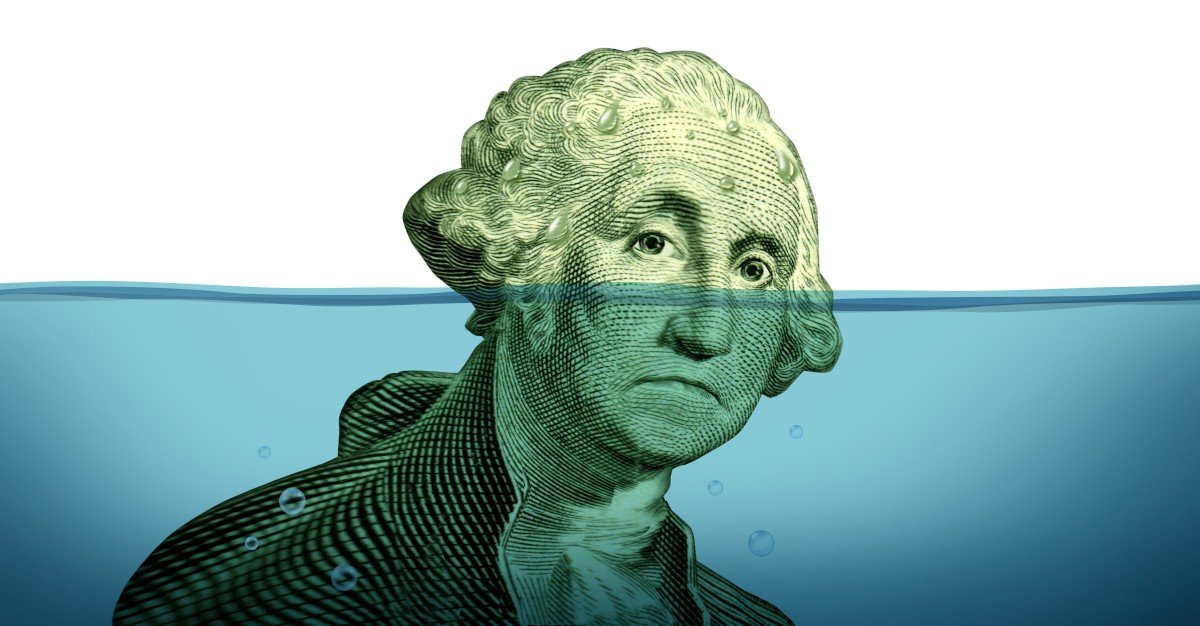