Wow. This story about Iceland’s “recovery” is a complete lie. 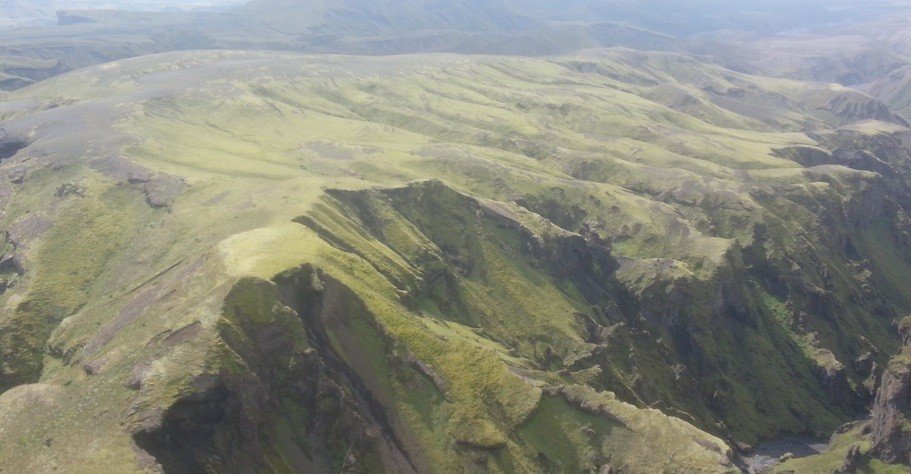 Without doubt, Iceland was the canary in the coalmine for the sovereign debt crisis that is unfolding across the world right now.

It was the first place to go bust, crumbling under the weight of a credit-fueled boom that brought down most of the country’s banking sector and sent the currency into freefall.

Banks either went bust or got nationalized. And investors around the world suddenly woke up to a sobering reality of a major default… something that had been considered preposterous only months earlier.

The situation got so bad that the British government (whose taxpayers had much to lose from Iceland bank defaults) used their anti-terrorism legislation to seize Icelandic bank assets in the UK!

It was a spectacular collapse. And the first of many. Ireland, Greece, Cyprus, etc. were soon to follow.

Yet unlike the bankrupt countries of southern Europe, Iceland dealt with its economic emergency in a completely different way.

Politicians here are proud that they never resorted to austere budget cuts that are so prevalent in Europe.

They imposed capital controls. They let the banks fail. And, as is so commonly trumpeted in the press, they ‘jailed their bankers and bailed out their people.’

Today, Iceland is held up as the model of recovery. Famous economists like Paul Krugman praise the government for rapidly rebuilding the economy without having to resort to austerity.

This morning’s headline from The Telegraph newspaper sums it up: “Iceland has taken its medicine and is off the critical list”.

It turns out, most of these claims are dead wrong.

For example, they say in the Western press that Iceland bailed out its people and jailed the bankers.

Not exactly. A few bankers were investigated and charged with fraud. The CEO of one of Iceland’s biggest failed banks was even convicted, and sentenced.

Now, how long of a sentence does someone get for railroading his nation’s economy? Life? 30-years? 10-years?

Reykjavik is a lovely, and tiny, capital city.

Meanwhile, the government ended up taking on massive amounts of debt in order to bail out the biggest bank of all– Iceland’s CENTRAL BANK.

This was a bit different than the way things played out in the US and Europe.

In the US, the Fed conjures money out of thin air and funnels it to the government.

In Iceland, since the Kronor is not a global reserve currency, the government had to go into debt in order to funnel money to the Central Bank, all so that the currency wouldn’t collapse.

As a result, Iceland’s state debt tripled, almost overnight, in 2008. And from 2007 until now, it has increased nearly 5-fold.

Today, the government is spending a back-breaking 17.3% of its tax revenue just to pay interest on the debt.

And this is real interest, too. Iceland’s central bank owns very little of the government debt. The rest is owed to foreign creditors… putting the country in an extremely difficult financial position.

At the end of the day, the Icelandic people are responsible for this. They were never bailed out. They were stuck with the bill.

Meanwhile, although unemployment in Iceland is low, wages are even lower. And the weak currency has brought on double-digit inflation.

So while people do have jobs, they can hardly afford anything.

This is most prevalent in the housing market, most of which is underwater. Interest rates have jumped so much that many Icelanders are now on negative amortization schedules, i.e. their mortgage balances are actually INCREASING with each payment.

So each year, mortgage balances are going up, and home values are falling. Hardly the picture of recovery. 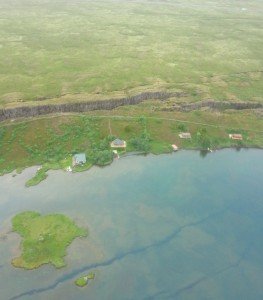 The European and North American continental plates come together
in Iceland, drifting apart a few millimeters each year.

The freshly elected Prime Minister is now promising everyone relief from their mortgage debts via a special state ‘debt correction fund’.

The only problem is that the state doesn’t actually have any money to do this… and they’re running a budget deficit every year.

The only way this can happen is if Iceland defaults… which is becoming a much more likley scenario.

A few years ago, Iceland’s banking system was nearly 10 times the entire country’s GDP. And it collapsed. You don’t paper over a crisis of that magnitude with a few years of good PR.

Despite being so widely reported by the mainstream financial media, Iceland is not a story of model economic recovery. It’s a story of how to fool people. And for now, it’s working.

Notwithstanding such a harsh appraisal, I should also say that Iceland is simultaneously one of the countries we should be most worried about… as well as the most excited about.

They’re not in the EU or on the euro, so they’re relatively isolated in their fiscal troubles. This implies that default is inevitable.

And when that happens, Iceland will be shut out of international debt markets and be FORCED to pull out all the stops to attract foreign investment.

Believe me, the country has MUCH to offer. And this is what’s so exciting. More on that another time.