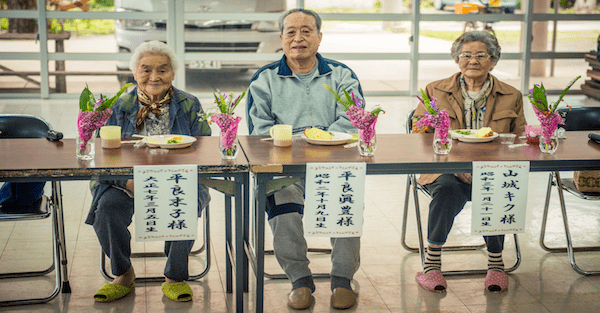 Earlier this week the United Nation’s Department of Economic and Social Affairs released its 2019 world population report… and there were a number of very interesting findings:

1) World population continues to grow slightly, but the rate of global population growth is at the lowest level since at least 1950.

The 47 least developed countries in the world (mostly in Africa) are the fastest growing, and just NINE countries are expected to make up HALF of global population growth over the next three decades.

3) Global population is aging at an unprecedented rate. Last year, for the first time in recorded history, people aged 65 and older around the world outnumbered children under the age of 5.

That last point is the one that presents the most immediate concern.

The reality is that, once we reach a certain age, we’re unable to work or take care of ourselves, and most people need some sort of assistance.

Some countries deal with this through national pension and social security programs that provide a monthly stipend to retirees.

Other cultures take a more personal approach and expect elderly parents to be financially supported by their kids.

Either way, the arithmetic is the same: the only credible way to take care of those who cannot take care of themselves is to divvy up that responsibility among several people, i.e. three or four kids each kicking in a portion of their paychecks to take care of Mom and Dad.

It works the same way with social security programs: there needs to be a minimum number of workers paying into the system for each retiree receiving benefits.

This is known as the ‘worker-to-retiree ratio’.

And that minimum number is usually between 2.8 and 3.2, meaning it takes approximately three workers kicking in a portion of their paychecks to pay the benefits for each retiree.

And when it comes to this worker-to-retiree ratio, there are a number of countries that are in terrible condition.

China, for example, spent decades under the one-child policy in an attempt to control the population. And one effect of this policy is that there simply aren’t enough young people to take care of older people.

In the United States, the Social Security Administration has already reported that its trust funds will run out of money in 15 years, AND that the worker-to-retiree ratio will fall below its minimum threshold this year.

And with the US grappling with the lowest fertility rate EVER recorded, this trend will only worsen.

Most of Europe is in a similar position, with spiraling costs and record low fertility rates. A number of countries (like Italy, Greece) have already been forced to make substantial pension reforms to avoid insolvency.

Even Russia had to implement an unpopular overhaul of its pension plan last October by raising the retirement age.

But the Grand Prize for insolvent pension funds definitely goes to Planet Japan.

According to the UN report I mentioned earlier, Japan’s worker-to-retiree ratio is just 1.8! Remember, the US is in deep trouble at 2.7 workers per retiree. Japan’s ratio is significantly worse than that.

And to drive the point home, just look at some of the numbers:

You don’t need a PhD in statistics to see where this is going: in the very near future there aren’t going to be enough young people to take care of older people. And in many countries that’s already the case.

I’ve written about this issue a LOT since I started Sovereign Man a decade ago. And the problem has become progressively worse.

Ten years ago the US worker-to-retiree ratio was 3.2. And the Social Security Administration projected that its trust funds would remain solvent through 2037. So the crisis point was 28 years away.

Ten years later, the ratio has fallen to 2.7 workers per retiree. And the trust funds are expected to run out of money in 2034. So now the problem is only 15 years away.

The good news is that there’s still time to fix this, regardless of where you’re from.

Every country has different rules. But the basic strategy is to save more for retirement in the most tax-advantaged way possible.

In the US, for example, you could start a side business (like selling products on Amazon or eBay) and put the majority of your profits in a tax-advantaged retirement account.

And a robust retirement structure like a solo 401(k) gives you a lot more investment options, including traditional investments like stocks and bonds, as well as private businesses, foreign real estate, income-producing royalties, etc.

This is definitely an option worth considering no matter what might happen next: it’s hard to imagine you’d be worse off for having more investment options, paying less tax, and setting aside more money for your retirement.