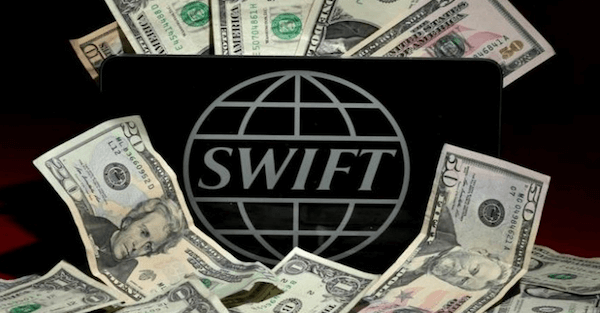 After so many run-ins with the bitter incompetence and bureaucratic indignity of the banking system, I decided once and for all that I would start my own bank.

I probably should have had my head examined, but instead I called one of my attorneys to talk through the options.

Had I known then what I know now, I think I still would have made the same decision… but in total honesty I was completely unprepared for the torrential shit storm I was about to enter.

The deeper I went, the more overwhelming my discoveries of how shockingly inept, obsolete, and out of touch the industry is.

It’s one thing to read about it in the headlines. It’s quite another to experience it first hand as an insider.

Here’s a great example: you know how it seems commonplace these days to hear about banks getting hacked? Well, there’s a very good reason for that.

Every bank runs on something called “core banking software”, which is sort of a central financial database that keeps track of all accounts and transactions.

Anytime you deposit or withdraw funds, the core banking software updates its records.

Core banking software is the most critical component of any bank’s technological infrastructure.

Yet ironically, the software that many of the most established banks use was originally written in either Fortran or COBOL, both 60-year old programming languages that date back to the late 1950s.

Back then banks were very early adopters of technology and jumped on the chance to automate their core functions.

As technology improved, banks continually patched and updated their systems.

But they eventually ran into limitations in terms of how much they could modernize the software.

In the software industry, developers recognize this limitation.

That’s why from time to time they stop supporting obsolete versions of their applications and reengineer new versions with the latest technology.

But that didn’t happen across most of the banking sector. Instead, banks kept patching and upgrading outdated software.

Simply put, the most important functions in the banking system are powered by decades-old technology.

Perhaps nowhere is this more obvious than with domestic money transfers.

Within the domestic US banking system, most banks rely on the ACH payment network to send and receive financial transactions.

It’s utterly astonishing that in 2017 such a simple transaction actually takes two days, as if they have to send a satchel full of cash cross-country via the Pony Express.

But this is a reflection of the pitiful technology that underpins the banking system.

It doesn’t get any better internationally either.

If you’ve ever dealt with international financial transactions you may have heard of the SWIFT network.

SWIFT is a worldwide banking network that links allows financial institutions to send and receive messages about wire transfers and payments.

Anytime you send an international wire, it’s customary to enter the receiving bank’s “SWIFT code” as part of the wire details.

SWIFT is absolutely critical to global banking and handles billions of transactions and messages each year.

So you can imagine my surprise when I found out that SWIFT runs on Windows Vista an obsolete operating system that Microsoft no longer supports.

When my bank received its SWIFT code, we were told that we had to have a computer running Vista in the office in order to connect to SWIFT.

It was such an absurd exercise to find an obsolete computer running an obsolete operating system to connect to the supposedly most advanced and important international payment network in the world.

Unsurprisingly, SWIFT has been hacked numerous times, both by the NSA as well as private hackers who have stolen a great deal of money from their victims.

Last year a bunch of hackers famously penetrated the SWIFT network and stole over $100 million from the Bangladesh central bank.

And that was nowhere near an isolated incident.

This is the big hidden secret of banking: despite the shiny veneer of online banking, the institutions that literally control your money are run on outdated, inefficient, obsolete technology.

But this technology issue only scratches the surface of how pointless and anachronistic modern banking is. More on that tomorrow.