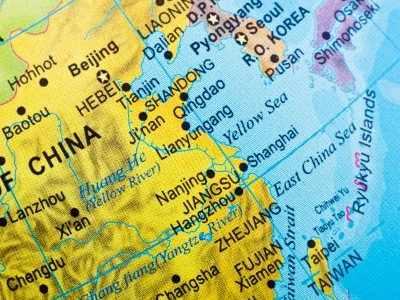 A few days ago in Indonesia’s Lampung province, I was following a sprightly Chinese woman, well into her 70s, as she showed me around her thriving home appliances and furniture shop.

It was an amazing thing to see.

The three-story shop-house was both the family home, and business premises. Yet  every available space was stacked high with goods for sale, including family kitchen and living space.

When I asked her whether her business had always been here, she held her hand out, palm flat to the ground, about 2 ½ feet high and said, “Since I was this tall.”

No doubt, her ancestors had been among the wave of Chinese economic refugees who moved to South East Asia in the late nineteenth century to work as laborers for the British and Dutch colonial powers.

To this day, more than ten million of their descendants remain in Singapore, Malaysia, Indonesia, and the Philippines.  And in each country, they’re disproportionately successful.

Two days later, back in Hong Kong, I got talking with the owner of my favorite Lebanese restaurant.

He and his brothers fled their homeland during the civil war.  They eventually ended up in Hong Kong where they run several successful businesses.

I asked him whether the current euro malaise is affecting things back in Lebanon in any noticeable way.

He said, “You know, the Lebanese always complain how tough they have it. When I go back and I’m in some fancy restaurant talking to the other diners, they complain.  Yet they’re there, spending hundreds of dollars.”

“The secret with us Lebanese is there are only 3.5 million at home, and 15 million overseas.  So everybody has a brother, or an uncle, or a cousin who’s helping out sending money back.”

The current slump in the US and Europe could easily lead to a similar wave of Diaspora– economic refugees who find better opportunity abroad, even those who send remittances back home.

In the US, real median incomes have not grown since 2007.  Those on the lower rungs of the income ladder have fallen backwards.

Net household wealth remains some 37% below its peak.  All gains since 1992 have been wiped out.

For the first time ever, a new generation of Americans faces a bleaker economic future than their parents.

This shocking reality may be new for the US, but it’s an old song for most of the world. Countries rise to prosper, and countries decline.  It is the natural order of things.

As the waves of migrant workers and business owners can attest, there is always something you can do to combat domestic economic challenges. As Simon likes to say, ‘this time is not different.’

Whenever there is a great upheaval, ambitious, productive people leave their homelands and put down roots where they can find safety and better opportunities for themselves, their families, and future generations.

Today, that means countries like Singapore, Chile, Brazil, southeast Asia, etc., all of which we write about frequently in this column.

With long-term prospects for freedom and economic opportunity back home so sparse, maybe it’s time to begin thinking in this new direction: internationally.