The next big trend… 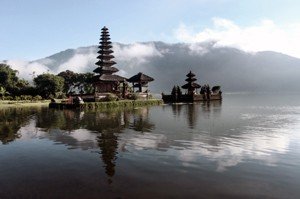 A sprawling archipelago of more than 14,000 islands, Indonesia is home to some of the most beautiful, exotic, and alluring places in the world.

Yet it’s so huge… so diverse, with different languages, cultures, and religions, to even call Indonesia a single country demonstrates how antiquated the traditional concept of geography has become.

Indonesians typically identify themselves first with their home province or island; here in Bali, they would consider themselves Balinese above all else. “Indonesian” is an idea made up by politicians. Even the national language, Bahasa Indonesia, is artificially contrived.

To give you an example, whenever I make the two-hour flight from Jakarta to Bali, I feel as though I’ve gone to a different country altogether.

Bali is predominately Hindu (rather than Muslim). People here speak Balinese first.  In Jakarta, Javanese is the mother language. Muslims, which dominate the population on Java and Sumatra, don’t eat pork. In Bali, Babi Guling (suckling pig) is the local specialty.

The economy here in Bali is built around agriculture, tourism, and cottage industries such as jewelry and handicraft manufacturing. In other parts of Indonesia, the economic mainstays can be everything from natural resource extraction to services such as banking and finance.

It seems strange to try and unite so many hundreds of millions of people under a single flag for the sake of political expedience and power. But when you think about it, most countries (and supranational unions) are like this.

India comes to mind, jammed together with so many different cultures, languages, and ethnic groups devoid of a national identity. There are dozens of countries across Africa that were carved up like a birthday cake into neat little squares by European politicians.

The EU itself is a great example; a continent that was consistently at war with itself for more than a millennium cannot be expected to suddenly form a lasting political and economic union. Talk about different languages, different cultures, and lack of identity…

In the modern age, the concept of clearly defined national and supranational borders is a symbol of a bygone model made obsolete by technological and philosophical change. It’s amazing we still pay so much attention to them.

The Internet has made it possible to build relationships with people across the world who share your interests and beliefs, not the color of your passport.

Modern transport and telecommunication options make it possible for someone to live in one place and earn money in another… or in the case of large companies, to headquarter somewhere and earn money everywhere.

This trend is increasingly prevalent here in Bali as an increasing number of foreigners are making a permanent home here.  To these new residents, national boundaries are becoming less relevant.

One group is called the ‘fly in fly out’ mine workers. Perth, Western Australia is in the midst of a mining boom, and it’s just three hours’ flight from Bali.  Rather than pay the stupidly high costs of living in Australia, a growing band of miners are basing themselves in Bali. They fly down to Perth to work for 14 days straight in the mines (staying out on site), and then fly back to Bali for their 14 days off to relax with family and friends.

Given that it takes the typical Balinese one month to earn what a worker in Australia can make in a day, the cost of living in Bali is understandably MUCH lower… and in my opinion, is much higher quality.

This is an example of the sort of trend that both Simon and I expect we will see a great deal more of in the future– decreased relevance of geography and borders, increased dispersion of people across the globe based on where they WANT to be, not based on where they think
they HAVE to be.