The true definition of success 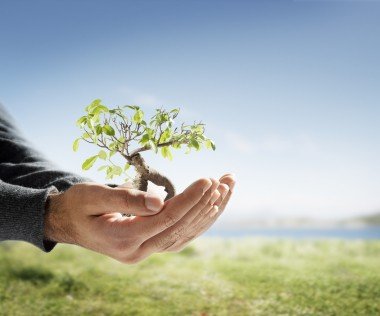 In 2007 John McAfee explained in Fast Company, “Success for me, is can you wake up in the morning and feel like a twelve year old?”

However, that was right before he lost 95% of his net worth. He explains in Robert Frank’s book, The High-Beta Rich, that he was living through a second childhood, wasting money on grown-up toys and making poor investments. Only a year after the quote, his definition of success had contributed to the destruction of his $100 million empire, leaving him with just a few million dollars. The point I’m trying to make however, is that we shouldn’t view McAfee’s mistakes with Schadenfreude.

So if living like a child isn’t success, what is?

And who am I to define it?

These were some of my thoughts on a recently as I enjoyed another one of our Facebook QnA sessions. I was so inspired that I went so far as to register the domain name, www.SuccessQnA.com and have it redirect to our Facebook page (because it’s a lot easier than telling people the full URL of our fan page).

Early into the Q and A session, one of our younger readers inquired, “How do you define success?”

For a moment I was speechless (one of the reasons why I like the Facebook QnA instead of live sessions – so no one can see the perplexed expression on my face when I’m asked a difficult question).

My first instinct was to reference Dave Kekich’s Credos that I re-read every morning. Even though his definition is thought provoking, it wasn’t exactly what I wanted to say. Kekich Credo #7 states:

“You’re successful when you like who and what you are. Success includes achievement…while choosing and directing your own activities. It means enjoying intimate relationships and loving what you do in life.”

After deciding not to directly quote Kekich, my next thought was to use a generic cop-out answer like, “People define success for themselves. Everyone can have their own definition that suits them.” However that was not the answer our reader wanted to hear. The listeners wanted a well thought out answer. They were looking for guidance, and it was up to me to deliver.

I quickly thought about several talks between my business partner and myself about people we admire the most, what we seek in role models and other admirable people.

He and I have had several discussions and debates on what it means to be a great man. After much deliberation we decided that to be a great man, first you must be a good man. We agreed that there are only two requisites to be a good man. Requirement #1: a good man’s word is his bond. He does everything he says he will and he honors all of his obligations. He is well respected because he delivers on his promises. Requirement #2: a good man doesn’t harm others. That’s it. Every rule you’ve been told, from the Ten Commandments to all the absurd government laws, can be covered in these two simple rules for being a good man

However those are just the requirements of being a good man. In order to be a truly great man, you have to be pursuing something great, something way beyond the average human endeavor. As my business partner articulates it, “You must be ‘unboxable’. You can’t look at a great man and lump him in with all other good men. He must be doing something great that is outside the norms.”

The biggest part of doing something great is bringing value to the world. Now it comes full circle back to our Facebook ‘riddle’, “What is success?”

Well this is it, straight from the Ballantyne dictionary, on the True Definition of Success:

Success isn’t defined by one characteristic. For some people, success might be creating a healthy, happy, prospering family. However for others, success could be serving the needs of dozens, hundreds, thousands, or millions of customers. I think that if there’s one commonality between these variants of success, it’s that they all create value. My personal definition of success is, “If you are adding more value to the world than you are consuming, then you are following a path to success.”

You can add value by helping other people. My vision of success also promotes a positive legacy and if you can follow those guidelines, you ensure a successful life.

Living by the Oxford Dictionary’s definition of success won’t make you lead great life. History is filled with stories of individuals who suffered from personal adversity as they continued to succeed financially. The most common reason to for people to fail in becoming great is the other part of the formula – consumption. Sure they may be adding value to the world, but they habitually struggle as a result of their large appetite for consumption that far surpasses the value they’ve created.

John McAfee confessed after losing the majority of his wealth that, “We have over time equated entrepreneurialism with the drive to accumulate wealth. It’s a perversion of values.”

McAfee had to learn this important lesson the hard way. There’s no need to shed a tear for McAfee (he’s still super wealthy), but there’s still a positive message to his anecdote.

If you talk to John McAfee today, you’d discover that he is now living the real Early to Rise vision of success. Robert Frank confirms, McAfee has relocated to Belize in order to discover new cures derived from the indigenous vegetation. He is also responsible for creating several other businesses including the country’s biggest ferry company. He has clearly reverted back to adding value to the world.

The founder of Taoism, Lao Tzu, once said, “The wise man puts himself last and finds himself first.”

Just like the effect of eating healthy is often weight loss, the effect of following my definition of success (creating value) is often the accumulation of wealth (or another form of reward).

We face the biggest problems when we focus too much on the ‘end’ and not the ‘means’. The result of almost any objective, can cause someone to go down the wrong path. If someone if only determined to lose weight, they often choose very unhealthy methods. Just like when our focus is only on making money, we can sacrifice our morals to achieve the ultimate goal.

However, if your focus is solely on the process of creating value for the world, your odds of accumulating wealth go up astronomically.

The ideas talked about here from Robert Frank’s book and from the our new definition of success should inspire you to: