Man caught smuggling 1 kilogram of gold in his rectum 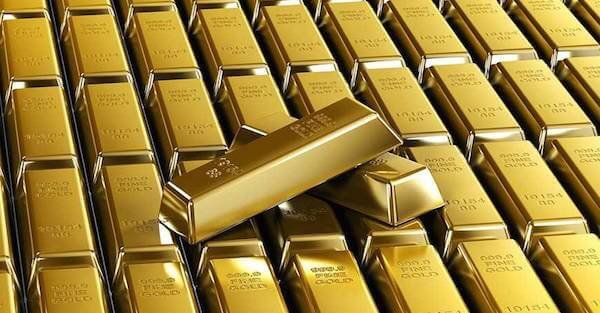 Earlier today in Sri Lanka’s Colombo International Airport, a passenger was arrested by local authorities and found to have stuffed nearly $30,000 worth of gold into his rectum.

That’s nearly 1 kilogram of gold. In his ass.

The gold had been carefully wrapped in plastic and included four small bars and multiple chains of jewelry.

Airport police were tipped off when they noticed the 45-year old man “walking suspiciously.” No sh*t, Sherlock.

And curiously this was not even close to the first incident of rectal gold smuggling in Sri Lanka. Just last week another passenger was found with 314.5 grams of gold stuffed inside her rectum. Amateur.

Gold, of course, has a long history of value and marketability, going back to ancient civilizations that have been extinct for thousands of years.

Archaeologists have unearthed dozens of graves, some of which date back more than 6,000 years, containing gold artifacts.

It is, by far, the oldest form of money that is still in existence today.

And it is a form of money. Despite you and I not being able to pay for a Starbucks coffee with gold, governments and central banks continue to hold the metal as part of their official international reserves.

Gold has also long been considered a traditional ‘safe haven’ asset. When the world goes crazy, the gold price spikes.

In the days after the 9/11 attacks 16 years ago, for example, the gold price shot up 33%. In the first few days of the Global Financial Crisis in September 2008, the gold price rose more than 20%.

And, until recently, every hint of a North Korean missile test sent the gold price higher.

Yet now, despite the prospects of war on the Korean peninsula being at the highest levels in decades, the gold price is actually falling.

This is totally backwards.

It’s not just the gold price, either. Physical demand for precious metals has also been lower in 2017, given the US mint’s dramatic 67% decline in sales earlier this year.

And the World Gold Council has also reported steep declines in gold demand so far in 2017– 18% in Q1 and 10% in Q2, most notably due to reduced demand from gold ETFs.

This trend makes sense given what we see in the news… or rather, don’t see in the news– have you noticed that no one really talks about gold anymore?

Gold commentary used to be a staple in financial media. Now the winds seem to have shifted– it’s all about cryptocurrency.

Cryptocurrency is definitely exciting. And with such absurd gains, it’s no wonder that crypto has been dominating headlines.

Just today I received a payment to the bank account of our agriculture company here in Chile; the wire transfer originated in the United States, yet took three days to arrive.

Along the way, the banks took around $500 in fees. Around $150 of that was the wire transfer fees charged by the sending bank, receiving bank, and correspondent bank, plus another $40 in fees charged by SWIFT, the international payment messaging service.

On top of that, the sending bank charged a fat fee to convert the funds from dollars to pesos even though we explicitly instructed them to NOT convert.

Then the receiving bank charged another fat fee to fix the mistake and convert the funds back from pesos to dollars.

A cryptocurrency payment over the blockchain, on the other hand, would have taken minutes… maybe an hour or two at most. And cost less than $1.

As I’ve ranted about in the past, the crypto market is full of bubblicious irrationality at the moment. But the underlying technology is still revolutionary and highly disruptive.

It’s not a competition between gold and Bitcoin.

As a colleague of mine once said, I own gold for all the “I don’t knows.”

Will the US and North Korea go to war? I don’t know.

Will the US default on its enormous (and growing) $20+ trillion debt? I don’t know.

Will the central bank be able to expertly engineer the unwinding of its $4.5 trillion balance sheet and raise rates from historic lows without triggering any consequences whatsoever in financial markets? I don’t know.

By being 100% in dollars (or euros, pounds, renminbi, etc.), you are effectively saying, “Yes, I do. I know exactly what’s going to happen in the future. Everything is going to be fine forever, so I don’t need to hedge myself even one bit.”

Gold and crypto are both cut from the same cloth… and one trait they have in common is that they’re both for the “I don’t knows”.

This is not a question of either/or. The answer is both.