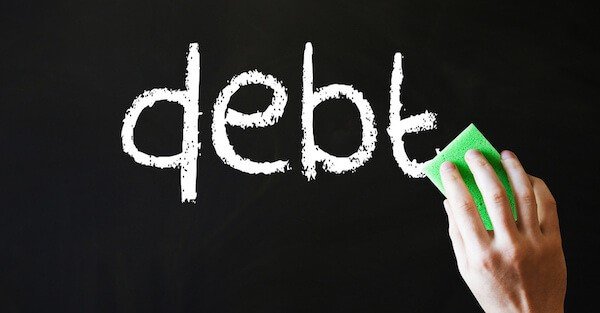 Late yesterday afternoon the federal government of the United States announced that the national debt had finally breached the inevitable $20 trillion mark.

This was a long time coming. It should have happened back in March, except that a new debt ceiling was put in place, freezing the national debt.

For the last six months it was essentially illegal for the government to increase the debt.

This is pretty brutal for Uncle Sam. The US government hasn’t run a budget surplus in two decades; they depend on debt in order to keep everything running.

And without the ability to ‘officially’ borrow money, they’ve basically spent the last six months ‘unofficially’ borrowing money by plundering federal pension funds and resorting to what the Treasury Department itself calls “extraordinary measures” to keep the government running.

Late last week the debt ceiling crisis came to a temporary armistice as the government agreed once again to temporarily suspend the debt limit.

Overnight, the national debt soared hundreds of billions of dollars as months of ‘unofficial’ borrowing made its way on to the official books.

The national debt is now $20.1 trillion. That’s larger than the size of the entire US economy.

You’d think this would be front page news with warnings being shouted from the rooftops of America.

Yet curiously the story has scarcely been covered.

Today’s front page of the New York Times tells us about Hurricane Irma, North Korea, and alcoholism in Iran.

Even the Wall Street Journal’s front page has zero mention of this story.

In fairness, the number itself is irrelevant. $20 trillion is merely a big, round, psychologically significant number… but in reality no more important than $19.999 trillion.

The real story isn’t the number or the size of the debt itself. It’s the trend. And it’s not good.

According to the Treasury Department’s own figures, the government’s budget deficit for the first 10 months of this fiscal year (i.e. October 2016 through July 2017) was $566 billion.

That’s larger than the entire GDP of Argentina.

Since the government has to borrow the difference, all of this overspending ultimately translates into a higher national debt.

Make no mistake, debt is an absolute killer.

History is full of examples of once-dominant civilizations crumbling under the weight of their rapidly-expanding debt, from the Ottoman Empire to the French monarchy in the 1700s.

It’s hard to project strength around the world when you constantly have to borrow money from the Chinese… or have your central bank conjure paper money out of thin air.

And yet tackling the debt has become nearly an impossibility.

Just look at the top four line items in the US government’s budget: Social Security, Medicare, Military, and, sadly, interest on the debt.

Those four line items alone account for nearly NINETY PERCENT of all US government spending.

Not top mention, both of those programs are actually EXPANDING as 10,000 Baby Boomers join the ranks of Social Security recipients every single day.

Then there’s military spending, which hardly seems likely to fall significantly in an age of constant threats and warfare.

The current White House proposal, in fact, is a 10% increase in military spending for the next fiscal year.

And last there’s interest on the debt, which absolutely cannot be cut without risking the most severe global financial meltdown ever seen in modern history.

So that’s basically 90% of the federal budget that’s here to stay… meaning there’s almost no chance they’re going to be able to reduce the debt by cutting spending.

But perhaps it’s possible they can slash the national debt by growing tax revenue?

Since the end of World War II, the US governments’ overall tax revenue has been VERY steady at roughly 17% of GDP.

You could think of this as the federal government’s ‘slice’ of the economic pie.

Tax rates go up and down. Presidents come and go. But the government’s slice of the pie almost always remains the same 17% of GDP, with very small variations.

With data this strong, it seems rather obvious that the solution is to allow the economy to grow unrestrained.

If the economy grows rapidly, tax revenue will increase. And the national debt, at least as a percentage of GDP, will start to fall.

Here’s the problem: the national debt is growing MUCH faster than the US economy. In Fiscal Year 2016, for example, the debt grew by 7.84%.

Yet even when including the ‘benefits’ of inflation, the US economy only grew by 2.4% over the same period.

In other words, the debt is growing over THREE TIMES FASTER than the economy. This is the opposite of what needs to be happening.

What’s even more disturbing is that this pedestrian economic growth is happening at a time of record low interest rates.

Economists tell us that low interest rates are supposed to jumpstart GDP growth. But that’s not happening.

If GDP growth is this low now, what will happen if they continue to raise rates?

(And by the way, raising interest rates also has the side effect of increasing the government’s interest expense, essentially accelerating the debt problem.)

Look– It’s great to be optimistic and hope for the best. But this problem isn’t going away, and it would be ludicrous to continue believing this massive debt is consequence-free.

There’s no reason to panic or be alarmist.

But it’s clearly time for rational people to consider this obvious data… and start thinking about a Plan B.