Do NOT miss out on this no-brainer investment 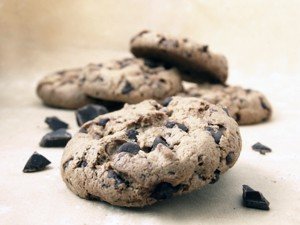 I want to tell you about a company I’ve recently come across that is shaping up to be one hell of an investment opportunity. Today is the first day of their new fiscal year, and it’s obvious they’re poised for massive growth and huge upside potential.

To start off, it’s an absolutely giant company. The biggest in the world, in fact. Maybe the biggest in the history of the world. And year after year, it gets even bigger. They hire more employees and embark on larger, more ambitious investment projects.

Now, in all candor, most of those investment projects don’t really work out very well for the company’s bottom line. In fact, the company has actually lost money nearly every single year for the past five decades.

I should also point out, in fairness, that the company’s balance sheet is pretty dismal. Its net book value is negative. Big time. The company’s debt load is worth far more than all of its assets put together, and then some.

They also have a small problem with future pension liabilities (which could actually dwarf the existing debt burden). It’s difficult to ascertain the true nature of this pension issue, though, because I believe management is using a few accounting tricks to cover up the problem.

Oh, and speaking of management team, the company has a real cracker jack squad running the show.

They’ve got an enormous board of directors to oversee things on behalf of shareholders. Most of the directors are trained attorneys, so they really know their stuff when it comes to managing finance.

Curiously, many have been on the board for decades, so as individuals they are not necessarily held accountable for corporate performance. It seems, however, that the shareholders really prefer this system and find it to be the best form of corporate governance in the world.

On that note, shareholders also directly choose the company CEO. This is typically a very charismatic fellow with great hair and a winning smile who excels at giving speeches. They even bought him an expensive jet to fly around the world and represent the company.

CEOs are changed out every few years. Before the transition, the new guy usually talks a lot about all the positive changes he wants to make… though over the next few years he usually comes up short. Shareholders don’t seem to mind very much, though, because this cycle seems to repeat itself endlessly every few years.

Anyhow, let me tell you about the three key assets that make this as worthwhile investment:

The first is goodwill. The company’s brand and trademark are loved around the world, even more than Coca Cola. There’s barely a soul alive that hasn’t heard of the company. OK, in truth, popular opinion may be waning in recent years… but most people still seem to view the company as it was 50+ years ago. This is a major benefit and will obviously last forever.

The second is its vast debt facility. Despite already being in so much debt, the company has access to nearly infinite lines of credit… so it can continue to further indebt itself in order to finance operations. Clearly this will continue forever, unabated, so no reason to worry.

The last key asset is the company’s share structure. While every shareholder has a single share, large consortiums often band together to influence management in their own favor at the expense of other shareholders.

Moreover, management has the authority to issue a mandatory rights offering… essentially compelling shareholders to pay up more money into the company. As a matter of fact, if the shareholders don’t pay, they can go to jail and the company can seize their assets. It’s a beautiful system.

Anyhow, here’s the investment I want to tell you about– the company wants to borrow a bit more money, structured as a 10-year note. They’re offering an interest rate of 1.62% for that ten-year period. I don’t know about you, but this seems like a no brainer to me. Even the rating agencies agree, it’s practically risk free!

If you want to do your own research, check out the company yourself. It’s called the United States of America.