Fresh out of college, here’s how you can live plush 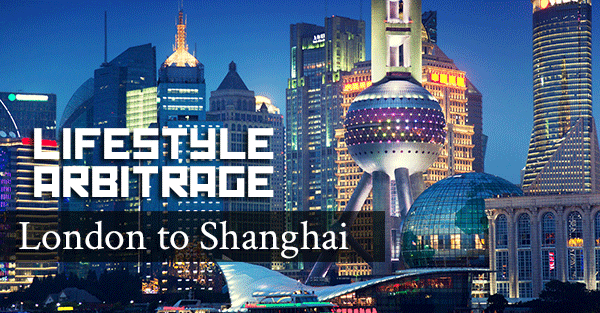 Right out of university Jack took the first job he was offered, as an entry-level investment broker in central London.

He was happy at first, thankful that he’d been able to get a job straight away, while many of his friends had difficulty in landing one even after months of searching.

But his contentment diminished as he found that between rent, his monthly metro pass, and food costs each month, his paycheck seemed to simply evaporate.

He cut back where he could, living far out on the fringes of the city. But while that meant lower rent, it also meant that his transportation costs were much higher. Not to mention nearly two hours a day in transit.

Nearly all of his time and energy was being devoted to just getting by. He didn’t feel like he was actually living.

One day, sick of staring at a fellow passenger’s armpit on his way home from work, Jack decided that there had to be a better way to live.

So when he got home that night he went online and researched his options. And in a month, he’d quit his job and moved to Shanghai.

Jack didn’t have a job, flat, or anything lined up before he got there, but within a week he had numerous offers to teach English at local private schools.

All of a sudden he was earning a solid wage working just 25 hours a week, versus 60+ hours a week in London.

On top of that, because of the differences in living standards, his salary went much, much further.

His transportation costs were about 10% of what they’d been in London. And since a taxi fare cost just a few dollars, he could grab a cab without thinking twice.

His daily bland $5 supermarket sandwiches were now replaced with steaming hot bowls of wontons for less than $1.

A month’s worth of rent in beautiful Shanghai apartment was the equivalent of what he’d paid for a week in his seedy London flat.

Suddenly he had a lifestyle that he’d have had to wait years to attain in London. And on top of that, he was able to start saving money for the first time in his life.

He didn’t stay in an English teaching job for long either. Because of his background, his improving Mandarin skills, and thirst for greater heights, he joined a private equity firm in Shanghai after about a year.

Jack’s accelerated experience is just one of the endless examples of how the path to getting ahead is not linear.

It’s no longer about climbing a ladder, single file, as you wait your turn for promotion. Opportunities are everywhere, and there are endless ways to advance.

Not only will it get you to a better place in life more quickly, it can also be more enjoyable along the way.

Who has the patience anymore to wait until retirement to live life to the fullest?

And even if things abroad don’t work out, you can still come out of it with invaluable international experience, knowledge and contacts, and maybe even a second language.

All of which you can leverage to leapfrog your way ahead either in your home country or the next place you go to.