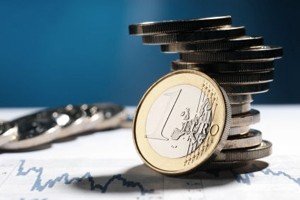 It takes all of three seconds on the ground in Spain to realize that this country is hurting. Big time.

I was just here three months ago, eight or nine months before that. Each time it seems worse– more strikes, more homeless, more unemployed, more unrest, more storefront vacancies. It’s amazing what the combination of debt, deceit, and a bona fide banking collapse can do to a nation.

In a most intellectually disingenuous statement, European leaders recently announced that Spain is A-OK and would not require a bailout. I suppose it’s true to a degree. Spain doesn’t really need a bailout. More like an exorcism. Or at least last rites.

After all the debt, austerity, government collapse, riots, etc., there’s a new crisis du jour here: the banking system. Individuals, businesses, and institutions are all predicting a breakup of the eurozone, and nobody wants to have cash in this country on the day they introduce a new currency (and then immediately proceed to devalue it.)

Consequently, depositors are moving money out of the country en masse, often to the tiny principality of Andorra next door– a highly capitalized, low tax banking jurisdiction. This leaves the already thinly-capitalized Spanish banks in an even weaker position.

As you probably know, the way the banking system works in most of the world is a complete fraud. Most banks only hold a tiny percentage of their customers’ deposits in cash. The rest is ‘invested’ (gambled) or loaned to a bankrupt government.

This is a high-risk model that only works well when people have tremendous confidence in the system. The moment there are more than a handful of depositors wanting their money back, the bank has a big problem.

This is happening nationwide in Spain, so the entire banking system has a problem. Nearly every bank here is technically insolvent… and yet they have droves of customers trying to withdraw funds that aren’t there.

As such, the IMF is now recommending that Spain (and other nations in the eurozone periphery) take action “at the national level” to stem this flight of funds and prevent people from moving money abroad.

Of course, they won’t come right out and say it, but there’s a name for ‘national level’ action to stem the international flight of funds. It’s called capital controls.

This is when governments restrict the free-flow of funds across borders, often -requiring- that citizens hold a rapidly depreciating currency at sub-inflation rates.

It’s one of the worst forms of theft imaginable– robbing the purchasing power of people’s savings and incomes, all to meet some unachievable objective, or for ‘the greater good’ as defined in the sole discretion of the ruling elite.

Over the summer while in Europe, I saw early signs of capital controls being rolled out.

In Italy, for example, the government imposed bank withdrawal limits… essentially holding people’s savings captive. Then they initiated strict border controls with Switzerland in an attempt to thwart citizens trying to sneak cash out of the country.

It’s going to happen here in Spain as well. And unfortunately, the people who didn’t see the writing on the wall and take action early are going to find the door shut in their faces by the next wave of regulation.

Moving some savings abroad isn’t the sort of thing where you want to run with the crowd. As with anything, the dynamics change quickly when the idea becomes mainstream. Smart, thinking people ought to recognize the signs early and be well ahead of the crowd.